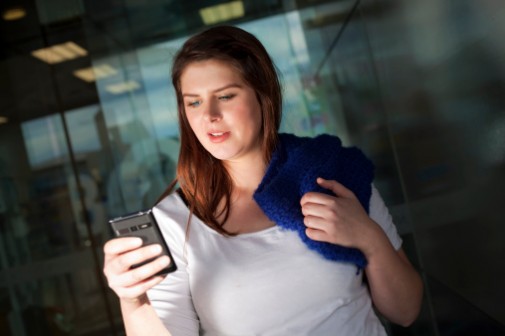 According to SinglePoint Communications, 90 percent of all texts are read within 3 minutes from the time they’re sent. It’s no wonder then that a recent study found that diabetic patients treated in emergency rooms (ERs) for their disease were able to better manage it with the help of daily text messages.

The study published online in November in the Annals of Emergency Medicine revealed that patients enrolled in the program to receive automated daily text messages improved their level of control over their diabetes and their medication schedule.

Dr. Sanjay Arora, lead study author said in a statement that the results of the study were more pronounced for Latinos, who are twice as likely as non-Latinos to develop diabetes. “These patients, when followed up by text messages for six months, improved enough to reduce their dependence on the emergency department for care of their diabetes,” said Dr. Arora, of the Keck School of Medicine at the University of Southern California in Los Angeles.

“Text messaging is effective, low-cost and widely available for our patients who often have no other source of medical care,” he added.

As part of the program, nearly 130 low-income, Type 2 adult diabetic patients with poorly controlled diabetes who had been to an urban, public ER for care received two daily text messages for six months. Those who received the texts decreased their blood glucose levels by 1.05 percent and reported an improvement in medication adherence from 4.5 to 5.4 on an eight-point scale.

In addition to medication reminders three times a week, the text messaging program called TExT-MED, included two healthy living challenges each week and two trivia questions per week to help patients build diabetes awareness. Daily motivational messages were also sent such as “Having diabetes can lead to a heart attack or stroke—but it doesn’t have to.”

“Diabetes is emerging as a public health epidemic, particularly in low-income, underserved inner city and minority populations who depend on safety-net systems for medical care,” said Dr Arora. “Our goal is to transition our patients from crisis management to long-term diabetes management. In the absence of other healthcare options, reaching our patients by text message makes us partners in handling their disease and improves their quality of life.”

← Protecting eyes from screen time
Can exercise during pregnancy make your baby smarter? →