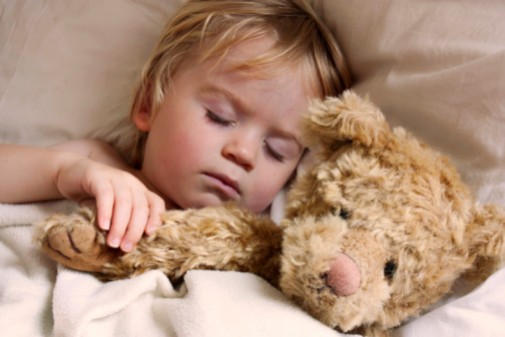 For some, getting their toddler to sleep can be a struggle. Parents try everything, but most start by setting a regular bedtime—with mixed results. A new study says the reason the selected bedtime doesn’t work may be because the time doesn’t sync with the child’s internal body clock.

Published in the December issue of the journal Mind, Brain, and Education, the study examined a group of 14 toddlers’ sleep patterns over six days and identified when the hormone melatonin, which regulates sleep and wake cycles, increased during the evening. The research revealed that toddlers who had later melatonin increases took longer to fall asleep after they were put to bed.

The average evening melatonin onset for toddlers began at roughly 7:40 p.m., which was one-half hour before parent-selected bedtimes, said study author Monique LeBourgeois, in a statement. Toddlers fell asleep about 30 minutes after bedtime on average. Several toddlers who were put to bed before their melatonin levels rose took 40 to 60 minutes to fall asleep.

“It’s not practical to assess melatonin levels in every child,” said LeBourgeois, assistant professor at Colorado University in Boulder. “But if your child is resisting bedtime or having trouble falling asleep, it is likely he or she is not physiologically ready for sleep at that time.”

Researchers report that difficulty sleeping in early childhood can predict later emotional and behavioral issues along with poor cognitive function, which can continue into childhood and adolescence.

“We believe that arming parents with knowledge about the biological clock can help them make optimal choices about their child’s activities before bedtime, at bedtime and his or her sleeping environment,” LeBourgeois said.

← When memory loss signals something worse
Can postpartum depression be prevented? →