Home / Parenting / What parents should know about their teens and alcohol

What parents should know about their teens and alcohol 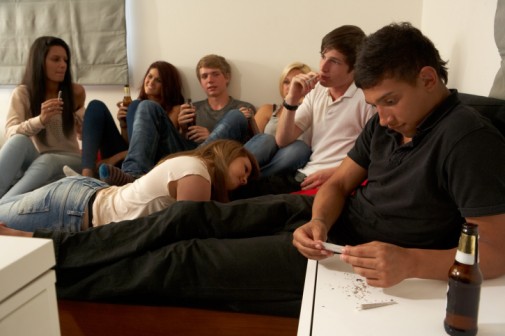 Conventional wisdom might suggest that most alcohol related fatalities among teens come from drunken driving accidents.  In fact, according to the Substance Abuse and Mental Health Services Administration, about 4,700 people die as a result of underage drinking annually.

But a surprising study from Mothers Against Drunk Driving (MAAD) finds that nearly 70 percent of deaths are not tied to drinking and driving alone.

According to the report, researchers looking at government data found that only 32 percent of all deaths related to underage (age 15-20) alcohol use were traffic fatalities. But the majority of teen alcohol related deaths— 68 percent— were linked to other fatal incidents  including homicides (30 percent), suicides (14 percent), alcohol poisonings (9 percent) and other causes of death (15 percent).

“These data show that taking away the keys truly does not take away all of the risks when it comes to underage drinking,” said MADD National President Jan Withers in a news release.

The report was released in an effort to encourage families to have conversations as part of a newer initiative called PowerTalk 21. The goal is for parents to start an open dialogue with their kids about alcohol.

“MADD hopes this information will inspire parents to have ongoing conversations with their kids about the dangers of drinking alcohol before age 21, especially since we know that a majority of kids say their parents are the biggest influence on their decisions about alcohol,” Withers said.