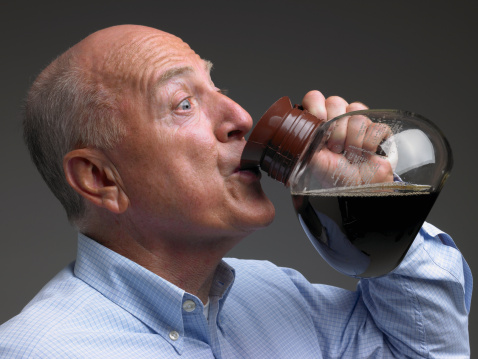 Although caffeine produces effects similar to other drugs, it might not be recognized by physicians as creating the same level of dependence, according to American University psychology professor Laura Juliano.

A recent study coauthored by Juliano and published in the Journal of Caffeine Research suggests evidence of people’s dependence on caffeine to the point that they suffer withdrawal symptoms, and are unable to reduce caffeine even if it might interfere with another medical condition such as a pregnancy, a heart condition, or a bleeding disorder.

Caffeine is the most widely used drug in the world, and is consumed every day in the form of coffee, tea, chocolate, certain pain relievers, “energy drinks” and more. But according to Juliano, health professionals have been slow to recognize the effects of caffeine dependence and the fact that some cases call for treatment. The behavioral and physiological effects make up a condition called “Caffeine Use Disorder.”

“The negative effects of caffeine are often not recognized as such because it is a socially acceptable and widely consumed drug that is well integrated into our customs and routines,” according to Juliano. “And while many people can consume caffeine without harm, for some it produces negative effects, physical dependence, interferes with daily functioning, and can be difficult to give up, which are signs of problematic use.”

There has been some recent progress in recognizing the effects of caffeine dependence. Last spring, the American Psychiatric Association officially identified Caffeine Use Disorder as a health concern in need of additional research in the Diagnostic and Statistical Manual of Mental Health disorders. Juliano’s study summarizes known data and outlines an agenda for future research, calling for a need “to determine the reliability, validity, and prevalence of this clinically important health problem.”

“There is misconception that caffeine is not difficult to give up. However, in population-based studies, more than 50 percent of regular caffeine consumers report that they have had difficulty quitting or reducing caffeine use,” Juliano said. “Genetics research may help us to better understand the effects of caffeine on health and pregnancy as well as individual differences in caffeine consumption and sensitivity.”

Juliano advises that healthy adults should cap their caffeine intake at about 400 mg per day, which is equal to about two or three eight ounce cups of coffee. Pregnant women and those with other health conditions should further limit their consumption.

Based on her observations of the difficulty people have avoiding caffeine, Juliano proposes that a more structured approach, such as what is practiced to limit use of other common drugs, might be necessary.

“Through our research, we have observed that people who have been unable to quit or cut back on caffeine on their own would be interested in receiving formal treatment – similar to the outside assistance people can turn to if they want to quit smoking or tobacco use,” she said.