Can you prevent heart disease? 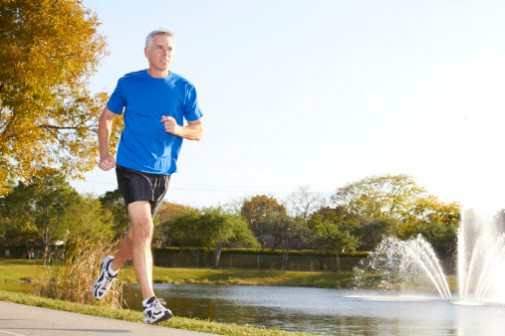 According to a new report from the Centers for Disease Control and Prevention (CDC), nearly a quarter of heart disease deaths could be prevented with more prevention efforts and better treatment.

In 2010, the CDC found that as many as 200,000 of the 800,000 deaths from heart disease could have been avoided by just managing conditions better like high blood pressure, high cholesterol, obesity and smoking. Heart disease is responsible for 30 percent of all U.S. deaths each year, making it the leading cause of death, according to the CDC.

The report looked at preventable deaths from heart disease and stroke, defined as those that occurred in people under age 75 that could have been prevented by more effective public health measures, lifestyle changes or medical care. The CDC has long tracked deaths from heart disease, but never before issued a report on how many deaths could have been prevented.

In 2010, more than half of the preventable deaths were in those younger than 65. The overall rate of preventable deaths fell by almost 30 percent between 2001 and 2010, with the biggest drop in those aged 65-74, a group eligible for Medicare, said Dr. Tom Frieden, CDC director, in a news release.

CDC officials said that the launch of key elements of the 2014 Affordable Care Act could help reduce avoidable deaths. The law calls for improved access to treatment for millions of uninsured Americans and routine coverage for preventive screenings.

“This report drives home what we already know: That encouraging healthy behaviors at every patient visit is key,” says Dr. Jennifer DeBruler, internal medicine physician with Advocate Medical Group in Libertyville, Ill. “That includes not smoking, being more active and eating healthfully.”

“Despite progress against heart disease and stroke, hundreds of thousands of Americans die each year from these preventable causes of death,” said Frieden in a press briefing. “Many of the heart attacks and strokes that will kill people in the coming year could be prevented by reducing blood pressure and cholesterol and stopping smoking.”