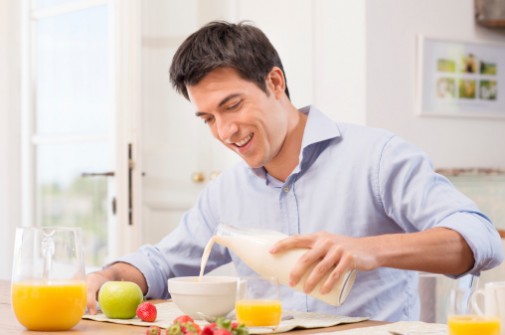 Breakfast has long been considered the most important meal of the day and for good reason, experts say.

A new study, reported in the American Heart Association journal Circulation, found that men who skipped breakfast were 27 percent more likely to have a heart attack or die from heart disease compared to men who ate breakfast regularly.

From 1992 to 2008, researchers analyzed food frequency questionnaire data and tracked health outcomes for nearly 27,000 male health professionals between the ages of 45 and 82. Over the 16-year study, 1,572 men experienced first-time cardiac events.

Researchers found that younger men were more likely to skip breakfast than older ones, as were smokers, the unmarried, alcohol drinkers, people who were less physically active and those who had full-time jobs.

Additionally, there was an observed link between timing of eating and heart disease. Men who reported eating late at night (after going to bed) had a 55 percent higher risk of heart disease than those who didn’t. However, researchers didn’t find this to be a major public health concern as few men in the study reported this behavior.

“Skipping breakfast may lead to one or more risk factors, including obesity, high blood pressure, high cholesterol and diabetes, which may in turn lead to a heart attack over time,” study leader Leah Cahill, said in a statement.

Feel too rushed or not hungry enough in the morning to eat? Breakfast doesn’t have to be a huge meal according to Tricia Ligon, manager of the Weight Management Program at Advocate Condell Medical Center in Libertyville, Ill.

“Breakfast only needs to be between 200 and 300 calories,” Ligon says. “The important thing is to break the fast so that your body can function as it is supposed to.”

But be aware that not all breakfast foods are created equal. Popular items such as doughnuts and muffins tend to have a high percentage of fat and carbohydrates, Ligon warns. She suggests a small serving of cereal, half a banana, yogurt or juice for new breakfast eaters.