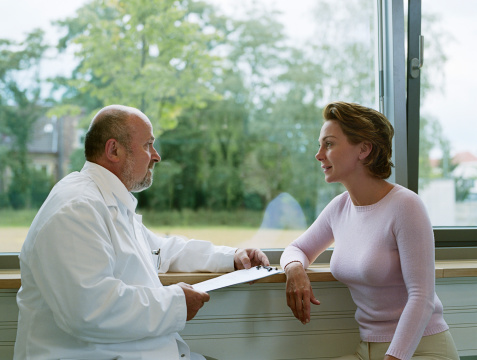 Is the health of your kidneys an indicator of your cancer risk? According to new findings presented at the National Kidney Foundation’s annual meeting, people with stage 3 or higher chronic kidney disease may be at greater risk of developing cancer.

Researchers performed an analysis of nearly 32,000 U.S. adults participating in the Antihypertensive and Lipid-Lowering Treatment to Prevent Heart Attack Trial (ALLHAT), which focused on prevention of heart disease by use of lipid medications. After a five-year follow-up, 2,529 participants were diagnosed with cancer.

Compared to participants with normal kidney function, those with chronic kidney disease (stage 3 or higher) were 40 percent more likely to develop cancer. This increased cancer risk persisted, even after controlling for other factors such as age, race and diabetes.

While this study did find an association between chronic kidney disease and cancer, a cause-and-effect relationship was not determined. Dr. Ravi Damaraju, nephrologist on staff at Advocate Sherman Hospital in Elgin, Illinois, remains skeptical about this study due to the heart disease population analyzed (a group more likely to have chronic health problems such as cancer). Additionally, an association between kidney disease and cancer has not been previous stated in nephrology literature, he notes.

“Clearly, we cannot confirm that if you have kidney disease you’re also at risk for developing cancer,” Dr. Damaraju says. “However, if you think of what causes kidney disease—being in poor physical health, cardiovascular disease, high blood pressure, diabetes, smoking—these are the diseases and unhealthy behaviors that lead to both kidney disease and cancer.”

One hypothesis on why kidney disease could lead to increased cancer risk is the fact that advanced stages of the disease cause a buildup of minerals and waste products. “Advanced kidney disease is an immunosuppressive state that causes inflammation in the body,” Dr. Damaraju explains. “If we think of cancer as deviant cells, we can see how inflammation when the immune system is weakened could lead to increased cancer risk.”

Currently, more than 23 million people in the United States have chronic kidney disease, based on Centers for Disease Control and Prevention statistics. Unfortunately, according to Dr. Damaraju, kidney disease does not present any obvious symptoms until a much later stage.

“During stage 3, which is anywhere from 30 to 60 percent kidney function, there really are no symptoms,” Dr. Damaraju explains. “The reality is that someone with chronic kidney disease will have to lose about 80 percent or more of their kidney function before they begin to notice symptoms. That is why a basic metabolic panel is vital to detect kidney problems. This is a basic blood test that most people have had done during a checkup with their primary care physician.”

“While there are certainly many causes of kidney disease—some preventable, some not—diabetes, cardiovascular disease and high blood pressure are the top three causes,” Dr. Damaraju says. “Of the 400,000 people currently on dialysis, 80 percent got to this point due to these three health problems.”