Breast milk banks on the rise 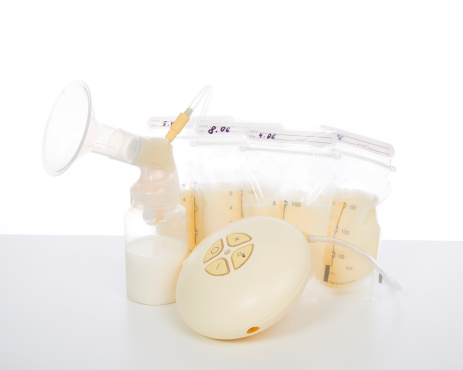 Nonprofit breast milk banks are popping up across North America, thanks to an increase in research showing donated breast milk can nurture babies just as well as their mother’s own milk.

Five new milk banks are expected to open this year in the United States and Canada, bringing the total number up to 22, according to the Human Milk Banking Association of North America.

Health experts have long recognized the value of breastfeeding, but a mother’s milk is not always available in the supply needed, according to Lisa Plucinski MSN, RN, Coordinator of Lactation Services at Advocate Condell Medical Center in Libertyville, Illinois.

“In these cases, breast milk banks provide a valuable resource for infants, especially if they are premature or underweight,” Plusinski said. “Breast milk is like a medication for babies in the neonatal intensive care unit (NICU) and can help protect them from life threatening illnesses.”

According to the March of Dimes, one in 10 infants born in the United States is admitted to the NICU, and when given human milk, these infants have less infections and gastrointestinal issues, and improved vision, among other benefits.

But be wary of where your milk supply comes from. Moms who supplement their breast milk supply by buying online may be doing more harm than good, according to a recent study in the journal Pediatrics.

After analyzing breast milk samples from a popular online site, researchers found nearly three in four samples were found to be contaminated with bacteria that could cause illness in babies.

The Human Milk Banking Association of North America has established strict requirements for women wanting to donate breast milk. Mothers must be: