Pass on the salt 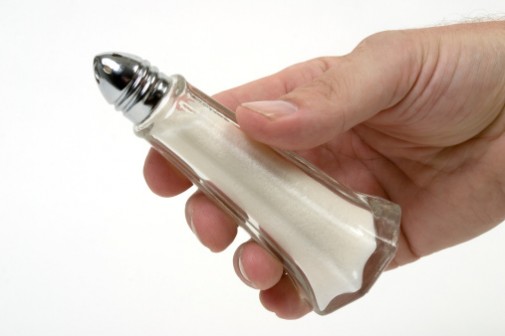 A recent study published in BMJ Open may make you think twice before reaching for the salt shaker. When salt consumption dropped 15 percent, there was a corresponding 42 percent decrease in stroke deaths and 40 percent decrease in coronary heart disease deaths in the United Kingdom between 2003 and 2011, the study found.

“The reduction in salt intake would have played a critical position in the reduction of stroke and ischaemic heart condition mortality for the duration of this period,” said the study authors.

The 2010 Dietary Guidelines for Americans recommend that Americans between the ages of 2 – 50 eat less than 2,300 milligrams of sodium per day. Those who are over 51, African Americans and those who have high blood pressure, diabetes, or chronic kidney disease should have no more than 1,500 mg of sodium per day.

“Extremely large amounts of salt are added to restaurant food and processed or packaged foods as an inexpensive way to preserve food and add flavor,” says Nancy Moran, a registered dietician at Advocate Good Samaritan Hospital in Downers Grove, Illinois. “Dietary salt is a combination of sodium and chloride, but it is the sodium that contributes to water retention and heart disease.”

Moran recommends that people take the following steps to lower their sodium intake:

1)    Monitor nutrition labels and choose foods with less than 200 mg of sodium per serving. Check the manufacturer’s serving size to determine portion size.

2)    Before dining out, visit a restaurant’s website to check nutrition facts. Some entrees may contain as much as 5,000 mg of sodium per serving.

3)    Cook foods at home from unprocessed ingredients like fresh or frozen fruits, vegetables, whole grains and fresh meats from the butcher counter.

4)    In place of salt, flavor your foods with herbs and spices which, as plant products, are naturally high in antioxidants. Substitute onion powder or garlic powder for onion or garlic salt when cooking and look for spice blends that do not contain sodium in the blend.

← More reasons teens should steer clear of sports and energy drinks
How effective are baby helmets? →