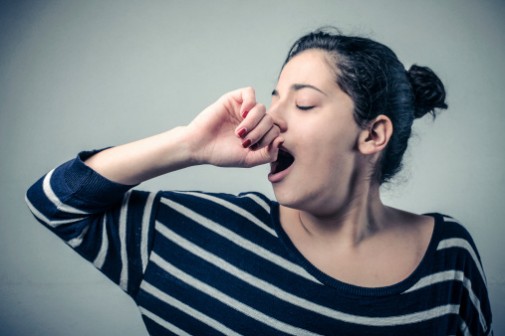 People generally associate a yawn with being tired, but according to new research your yawn may be due to the temperature of your brain.

Researchers, from the University of Vienna, believe that the yawn effect is in result of the brain trying to cool itself. The study, published in the journal Physiology & Behavior, analyzed 120 people in cold and warm seasons in Vienna, Austria and Arizona, to see how their yawning was effected by the temperature of the weather and people yawning around them.

The research found that weather temperature was in fact a key influencer in the study, with their results showing that in warmer temps, people yawned less often even when seeing others yawn – the contagious factor.

Several other studies have taken a look at if yawning is really contagious and have found that in more than one case when people are shown videos of others yawning, they begin to yawn as well.

But researchers believe that thermoregulation is at work, where the body is using yawning as a way to regulate body temperature and to keep it in a certain range of temperature.

One author said in a statement to the Times of India, “that yawning functions to cool the brain, yawning is not functional when ambient temperatures are as hot as the body, and may not be necessary or may even have harmful consequences when it is freezing outside.”

Researchers say there is more research to be done, but hope the results can help people who have difficulty regulating body temperature.

So, if you’re feeling warm, try to catch a yawn and you might just cool down.