Home / Parenting / Why kids bounce back quicker after a broken bone

Why kids bounce back quicker after a broken bone 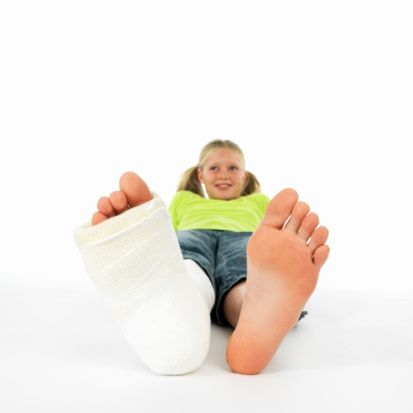 Have you ever heard the saying that children bounce back more quickly than adults after being injured? Ever wondered if this is true?

“The truth is that bones do heal faster in children than in adults,” says Dr. James Moravek, orthopedic surgeon at Advocate South Suburban Hospital in Hazel Crest, Illinois.

According to the American Academy of Orthopaedic Surgeons (AAOS), broken bones are a common injury; an average of 6 million people in the United States will break a bone each year.

Dr. Moravek explains the process of how a bone heals:

This process of healing is the same in children and adults. The only difference is that children go through this process much quicker.

“Simultaneously, other cells called osteoblasts are taking calcium from the blood and building up the bone,” he says. “Up until the age you reach your maximum height, your bones are primarily focused on regenerating and getting larger.”

According to Dr. Moravek, throughout your life, your body is continually removing old bone and replacing it with fresh bone. This process is called remodeling. Up until about age 40, all the bone removed is replaced. After age 40, however, less bone is replaced, according to the AAOS.

Dr. Moravek explains that as you get older, your osteoblasts can’t keep up with the osteoclasts. When an adult has a break or fracture of the bone, the body directs more resources toward the break. Unfortunately, for an adult, the body is already facing a battle where more bone is being removed than replaced. The adult body just can’t replace bone as quickly. This is why it takes adults longer to heal than children.