Home / Advocate Medical Group / Having a baby after breast cancer

Having a baby after breast cancer 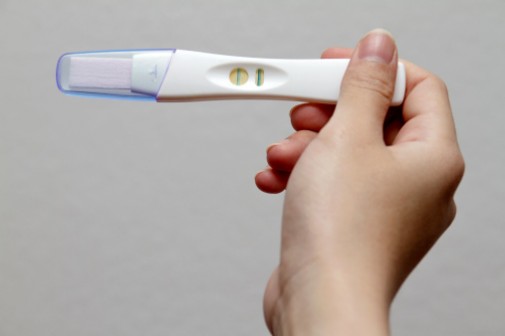 When a woman gets diagnosed with breast cancer many thoughts are running through her mind. One of the most common concerns is fertility. Although it is still possible to have a child after chemotherapy, it becomes much more difficult to conceive after treatment, experts say. Now, the results of a new study may offer hope to those who wish to conceive.

Researchers say the drug Gosereline (brand name: Zoladex) taken during chemotherapy increases a women’s chance of getting pregnant after her treatment has ended. Gosereline puts the woman’s ovaries in a resting state and prevents her normal cycle. In essence this will cause ovarian suppression, which lowers hormone levels and causes temporary menopause making the ovaries less vulnerable to the chemotherapy. The drug is injected under the skin in an outpatient procedure every four weeks.

The results of new research were recently presented at the American Society of Clinical Oncology in Chicago. Researchers evaluated a group of 218 women, ages 18 to 49, who all received the same chemotherapy regimen. The women were split into two groups, one group who was given the drug Gosereline while going through chemotherapy and one group was not given Gosereline.

After two years the women who had been taking Gosereline saw many benefits compared to those who had not been taking the drug.

Women who took Gosereline were 64 percent less likely to have their ovaries fail, which happens when women miss their periods for more than six months. Around 22 percent of women who got standard chemo experienced ovarian failure, compared to eight percent of women who had taken Goserelin while going through chemotherapy.

An additional finding was that women who took Goserelin were 50 percent more likely to live at least four more years compared to the women who did not take Goserelin.

For a young woman who dreams of starting a family one day a breast cancer diagnosis can be an obstacle. Many women think after chemotherapy their only way to have a child is assisted fertility options like IVF or surrogacy, researchers believe that taking the drug Goserelin while undergoing chemotherapy is a promising alternative.