Home / Behavioral health / How I deal with anxiety

How I deal with anxiety 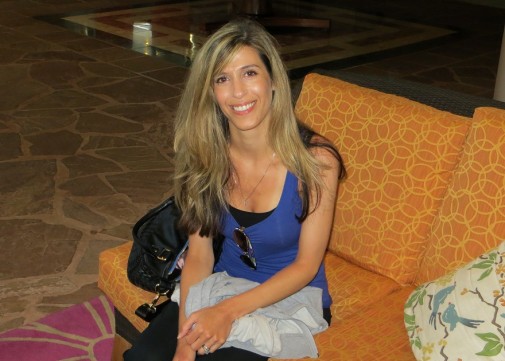 Anxiety has been in my life as far back as I can remember. I can remember being 3-years-old worrying if my mom would come back to pick me up from pre-school.

Anxiety and cancer; jeez, now that’s a combination that you don’t want. I’m often asked, “You must not sweat the small stuff anymore!” Oh, how I wish that was true.  Here is what has changed: I don’t worry about dying anymore, and I don’t worry about hearing the words “you have cancer.”

Believe it or not, this was a CONSTANT worry for me. In fact, two months prior to being diagnosed with breast cancer, I was convinced I had ovarian cancer. Why would I think that? Because I read an article about someone who had it, so of course I had it too. I was feeling pains that didn’t exist and making myself physically ill because I could not wrap my mind around the fact that this was all in my head.

This started me on the road to seeing a psychiatrist, who diagnosed me with general anxiety disorder. Great, now I’m officially crazy! I was so against taking any sort of medication, I have anxiety, who doesn’t?

However, I knew I could not continue to live like this. I felt like I was crawling out of my skin, I cried at the drop of a hat, my heart was beating out of my chest, I couldn’t focus on work and then there was that whole “I think I have ovarian cancer” thing going on in my head.

So, I began the medicine. Probably one of the best decisions of my life and one I do not regret at all. I want to clarify this did not make the cancer suck any less; however, it made it a bit easier to deal with.

For some people, medicine might not be the answer, and I completely respect and understand that; for me, it was needed. Does a pill make everything better?  Absolutely not, but I think people don’t understand the chemical imbalance part of mental health issues. They think unless you’re on a street corner talking to yourself, then you don’t have “real” mental issues.

It’s often used in such a negative way and I think as a society we need to get away from that and treat it the way it deserves; with respect.

The combination of therapy (which I think is a key ingredient) and the proper medicine has made my life a lot better. I can breathe again, something that unless you have ever experienced is indescribable.

Also, this medicine has not changed who I am as a person, I still stress out over things, still get anxious, however it’s controllable. I was under this false impression like a lot of people that I was going to be walking around in some sort of daze because of the medicine.

This cannot be any further from the truth. Medicine clearly doesn’t take all of your problems away; problems will always be there, it’s just part of life. However, obtaining the right tools for dealing with these problems can possibly make an issue that might have seemed unbearable at one time, a little more bearable.