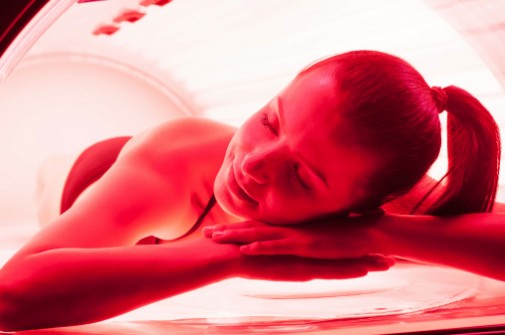 Although many states, including Illinois, earlier this year barred minors from indoor tanning, the U.S. Food and Drug Administration (FDA) is now putting its foot down on sunlamps. Due to a growing concern around the UV radiation effects on children and teens, the FDA recently issued new stricter warnings. The black-box warning labels now required on sunlamp products and UV lamps states that these products are not to be used on people younger than age 18.

A journal article published last year in Pediatrics reported that the amount of UV radiation that comes from high-pressure sunlamps, such as those found in tanning beds, may be up to 10 to 15 stronger than the midday sun. To help protect consumers from and inform them of indoor tanning risks, the FDA now requires manufacturers of medical devices and radiation-emitting products to comply with new regulations.

“There is increasing evidence that tanning in childhood to early adult life increases the risk of skin cancer, including melanoma,” said FDA dermatologist Dr. Markham Luke in a statement. According to the Pediatrics study, for women in their 20s, melanoma is the second most common cancer in women and the third most common cancer in men the same age.

Luke added that many experts believe that at least one reason melanoma is on the rise in this age group is the increased use of sunlamp products by U.S. teens and young adults.

According to the FDA, although the new labeling requirement is in place, it’s still important to understand the dangers surrounding certain practices involving sunlamp products. Some dangers include:

← To eat or not to eat breakfast?
When to seek help for anxiety →