Home / Diet & Nutrition / To eat or not to eat breakfast?

To eat or not to eat breakfast? 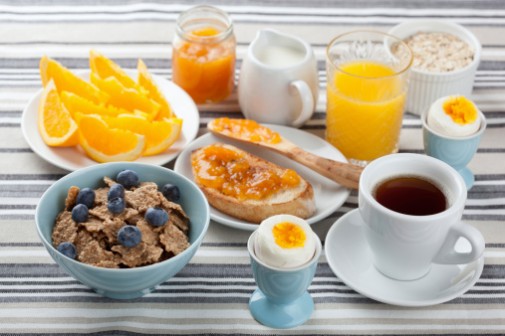 A new study says that skipping breakfast may not be so bad after all. Previous research shows there is a correlation between being overweight and skipping breakfast; however it doesn’t show a link between gaining weight, researchers say.

The study was published in the American Journal of Clinical Nutrition, from the University of Alabama at Birmingham (UAB), and concluded that having breakfast is not linked to weight loss. The UAB states that those who aspire to lose weight that ate breakfast every morning and those who skipped breakfast both lost about the same amount of weight.

Lead researcher, Dr. Emily Dhurandhar, assistant professor in the Department of Health Behavior, says that this study was important to avoid misleading information about weight loss.

“Previous studies have mostly demonstrated correlation, but not necessarily causation,” Dhurandhar said. “In contrast, we used a large, randomized controlled trial to examine whether or not breakfast recommendations have a causative effect on weight loss, with weight change as our primary outcome.”

According to the UAB, the study was conducted as a 16-week trial and included about 300 healthy, overweight, and obese adults between 20-65 years. Some participants were told to eat breakfast and some were told to skip.

The results were that neither breakfast skippers nor breakfast eaters lost a significant amount of weight.

“Now that we know the general recommendation of ‘eat breakfast every day’ has no differential impact on weight loss, we can move forward with studying other techniques for improved effectiveness,” Dhurandhar said.

Study leaders say further research is needed on how breakfast may influence appetite and metabolism.

Some nutrition experts say that while studies seem to conflict with each other on this topic, eating a healthy morning meal is the right thing to do.

“Although this study showed no correlation with skipping breakfast and weight loss, it’s still important to ALWAYS eat breakfast,” says  Michelle Remkus, registered dietitian with the Good Samaritan Health and Wellness Center in Downers Grove, Ill. “Breakfast allows your body to refuel from a long nights sleep (and not eating) to give you the energy you need to start your day on the right foot.”