Capturing the ‘King’ may be good for the brain 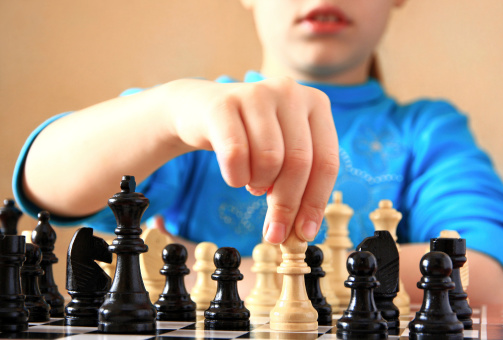 Many of those kids you thought were “nerds” in high school may have likely developed into some of the country’s leading “brainiacs” with high-powered positions. This may be all thanks to playing a board game with intricate rules, odd moves and the sole mission of capturing an opponent’s “king.”

Researchers and academicians alike are increasingly finding chess to be a brain feeder that can lift IQ levels, improve reading skills, enhance memory and concentration and, perhaps, in later years, stave off dementia and other chronic brain disorders.

The results of a recent study of 4,000 Venezuelan students who received four months of instruction on how to move pawns, bishops, rooks and knights around the chess board showed a significant rise in students’ IQ scores.

“Chess is a multi-generational game. It requires concentration, strategizing your next moves and learning to make good decisions,” says Dr. Franco Campanella, neurologist at the Neurosciences Institute of Advocate Christ Medical Center in Oak Lawn, Ill.

In chess, the player has to be considering three or four moves ahead and determining how he or she will counter an opponent’s moves, Dr. Campanella explains.  This kind of mental gymnastics stimulates development in the prefrontal cortex – the part of the brain responsible for good decision-making, judgment and self-control – something people call “wisdom.”

Dr. Campanella has found that with his own son, who learned chess at the kindergarten-level at school and was again offered the opportunity to play in first grade, an obvious enhancement of his reading performance and language skills. In fact, chess playing seems to exercise both hemispheres of the brain – the creativity and problem – solving skills of the right side and the verbal capabilities of the left, he says.

“The right and left sides of the brain are connected in the middle, suggesting that neuron growth prompted by chess helps improve the entire brain,” Dr. Campanella states.

Just as importantly, chess stimulates the deep part of the brain where a person’s short-term memory resides, Dr. Campanella says.

“Short-term memory is most immediately impacted by Alzheimer’s disease and other degenerative brain disorders, but, in chess, a player cannot have a faulty short memory,” Dr. Campanella says. “You must be able to manage the positions of your chess pieces, calculate your next several moves, and remember the moves of your opponent.  In fact, studies have shown that older individuals who play chess or engage in other brain-stretching activities are less likely to develop dementia.”

“It’s the old adage, ‘Use it or lose it.’ If you don’t exercise your brain, particularly as you age, you lose mental power,” he says.