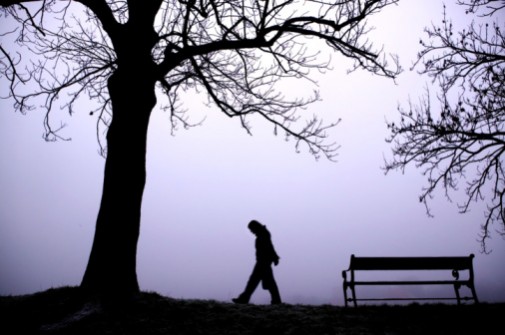 Losing a loved-one suddenly can cause mental illness even for people with no history of psychiatric problems, new research says.

Study leaders at Columbia University’s Mailman School of Public Health along with colleagues at Columbia’s School of Social Work and Harvard Medical School, found that among people 30 and older, experiencing the surprising death of someone close nearly doubled the risk of having a psychiatric disorder.

The risk rate was even higher, nearly five times, for those between 50 to 70 years of age. The results were published in the American Journal of Psychiatry.

The responses from almost 30,000 people, who participated in a national survey, were used by researchers to reach their conclusion.

“Our findings should alert clinicians to the possible onset of a wide range of psychiatric disorders, including disorders such as mania, after an unexpected death in otherwise healthy individuals,” said study leader Katherine Keyes, PhD, assistant professor of Epidemiology at Mailman in a news release.

Some of the negative effects of the loss included a higher risk for major depression, panic and anxiety disorders and increased use of alcohol, among other problems. The most common effect observed was post-traumatic disorder, researchers said.

Study leaders hope the findings serve as an alert for physicians and clinicians to be aware of the possibility of the onset of psychiatric problems when sudden losses happen.

“When someone loses a close personal relationship, even late in life, there is a profound effect on sense of self and self-reflection,” Dr. Keyes said. “These data indicate that, even in adults with no history of psychiatric disorders, it is also a vulnerable risk period for the onset of a potentially disabling psychiatric disorder.”

← Gallbladder attack leads to cancer diagnosis
Could your thyroid make you a bad driver? →