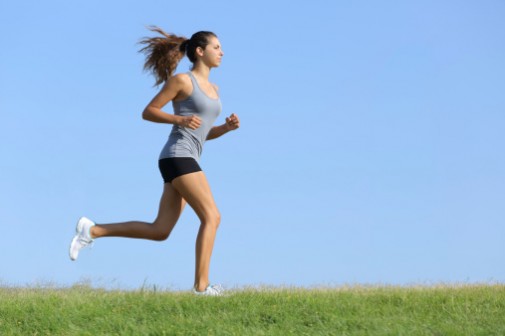 It may not be news to avid runners, swimmers and other fitness buffs — but did you know that  exercise can help decrease stress and anxiety? Though the mystery is exactly how and why this happens. According to a recent study, the proof is in the brain.

Researchers at Princeton University recently reported in the Journal of Neurosciences that they’ve found that strenuous exercise causes brain cells to release the neurotransmitter gamma-aminobutyric acid, or GABA, after stress, which has been shown to have a calming influence on the brain.

For the study, the research team used two groups of mice — one group that exercised regularly and one that lead a more sedentary lifestyle. Though both groups produced new neurons, the exercising mice released GABA after stress, helping them cope with their anxiety when exposed to stressful situations. When the scientists blocked the GABA production in the exercising mice, the anti-anxiety benefits reportedly ceased.

According to Dr. Raina Gupta, neurologist at Advocate Illinois Masonic Medical Center in Chicago, doctors have long known that exercise has multiple health benefits, including positive effects on mood.

“In addition to these findings, we need a better understanding of the affects of acute or chronic anxiety on the neurotransmitters in the human brain,” Dr. Gupta says. “Many of the current medications we use for anxiety affect, in part, GABA. So the findings of the study would need to be replicated in the human brain.”

It’s important to note, she says, that the study showed that high-intensity exercise was necessary to reap the benefits of the increased GABA production after stress.

“This is an exciting find that could help us better understand how to treat people with anxiety and stress disorders,” she says. “This could provide more treatment options in conjunction to medications for some patients.”

← High school sports can offer a brain boost
Can kids with breathing deficiencies still be active? →