A healthy fear of lightning is a good thing, experts say 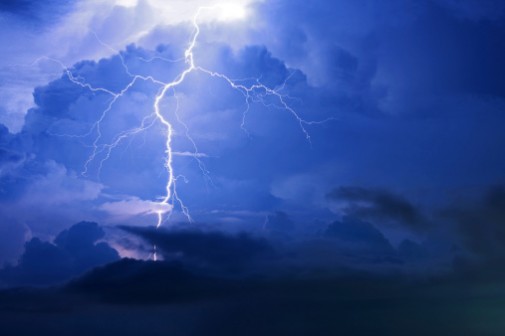 The chances of being struck by lightning may seem small, but safety experts say that’s no reason to be complacent. With outdoor summer sports and recreational events in full swing, it’s important to keep an eye on the sky.

More than 400 people are struck by lightning in the U.S. each year, according to the National Weather Service (NWS). On average, between 55 and 60 people are killed and hundreds of others suffer permanent neurological damage.

In 2011, the NWS says 62 percent of lightning deaths occurred during outdoor sporting and leisure events. Most strikes happen in the months of June, July and August. The NWS says most of the incidents could have been avoided by taking proper precautions.

“Because the chances of being struck by lightning are relatively low, there is a temptation to not take the threat seriously,” said Dr. Rishi Sikka, emergency medicine physician with Advocate Medical Group. “But it’s imperative to pay attention to the weather forecast and to seek appropriate shelter immediately when conditions for lightning strikes are present.”

The NWS says there is no safe place outside during a thunderstorm. The commonly held belief that you’re safe from lightning while inside a car is true in most cases, says the NWS. But it’s the metal on the car that absorbs the shock not the rubber tires. The NWS has a summary of lightning safety myths and facts on its website.

You should seek shelter inside a building or hard-topped vehicle as quickly as possible. If thunder can be heard, the danger exists, the NWS urges.

The NWS offers these additional tips to stay safe during outdoor activities:

It’s important to have a lightning safety plan in advance and know where to flee and how long it will take to get there. Dr. Sikka recommends checking the weather forecast ahead of time and consider postponing an event if the threat of lightning exists.