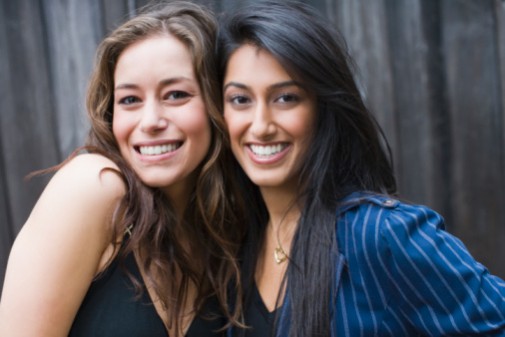 Apparently, we have a lot more in common with our friends than you might think. New research revealed that friends who are not related biologically are still similar to one another genetically.

Two researchers, who published their findings in the Proceedings of the National Academy of Sciences, examined nearly 2 million gene variation markers based on data from the Framingham Heart Study. From that data, they studied nearly 2,000 people and compared pairs of unrelated friends with pairs of unrelated strangers.

“Looking across the whole genome,” said study co-author Prof. James Fowler in a statement, “We have more DNA in common with the people we pick as friends than we do with strangers in the same population.” Fowler is professor of medical genetics at UC San Diego.

In fact, the researchers found that friends are as “related” in terms of genetics, as say fourth cousins or those who share great-great-great grandparents. That translates to about 1 percent of our genes, according to the research.

That 1 percent may seem small to the average person, but it’s a significant number in terms of genetics. “Most people don’t even know who their fourth cousins are,” said study co-author Prof. Nicholas Christakis. “Yet we are somehow, among a myriad of possibilities, managing to select as friends the people who resemble our kin,” explained Christakis, professor of sociology, evolutionary medicine and medicine at Yale University in New Haven, Conn.

Research also showed that genes found to be similar between friends appear to be evolving faster than others. Researchers suggested that the social environment itself acts as an evolutionary force.

“The paper also lends support to the view of human beings as ‘metagenomic,’ not only with respect to the microbes within us but also to the people who surround us,” said Christakis.

← Infographic: 6 tips for a bug-bite-free summer
Concussions may cause memory problems in the long-run →