Home / Behavioral health / Men like nice women, but what do women want?

Men like nice women, but what do women want? 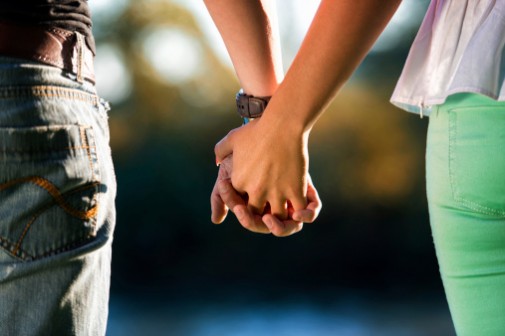 Being concerned about a significant other’s welfare is the foundation of any relationship, but when it comes to wooing a potential relationship opportunity, men may be at a disadvantage by showing too much interest in the other person new research says.

The findings, published in the Personality and Social Psychology Bulletin, came from three studies.  The first two showed men perceive a responsive stranger as more gender typical, as in more feminine or masculine, and therefore more sexually attractive.  The third study found men responded to more responsiveness from women, a signal indicating concern about one’s welfare, with higher sexual arousal, which led to mutual attraction and a strong desire for a long-term relationship.

“Sexual desire thrives on rising intimacy and being responsive is one of the best ways to instill this elusive sensation over time,” lead researcher Gurit Birnbaum said in a news release.  “Our findings show that this does not necessarily hold true in an initial encounter, because a responsive potential partner may convey opposite meanings to different people.”

But while all three studies found men were more attracted to women who showed greater concern for their welfare, women did not find responsive men more attractive.

“We still do not know why women are less sexually attracted to responsive strangers; it may not necessarily have to do with ‘being nice.’  Women may perceive a responsive stranger as less desirable for different reasons,” Birnbaum said.  “Women may perceive this person as inappropriately nice and manipulative (i.e., trying to obtain sexual favors) or eager to please, perhaps even as desperate, and therefore less sexually appealing. Alternatively, women may perceive a responsive man as vulnerable and less dominant.  Regardless of the reasons, perhaps men should slow down if their goal is to instill sexual desire.”

Dr. Shastri Swaminathan, psychiatrist at Advocate Illinois Masonic Medical Center in Chicago, says responsiveness is a good thing in any relationship between men and women and even parents and children, but when it comes to being manipulative, Swaminathan said women may be able to differentiate casual responsiveness from a genuine responsive catering to their needs.

← Moving shouldn’t be a pain
Can we stop workplace violence? →