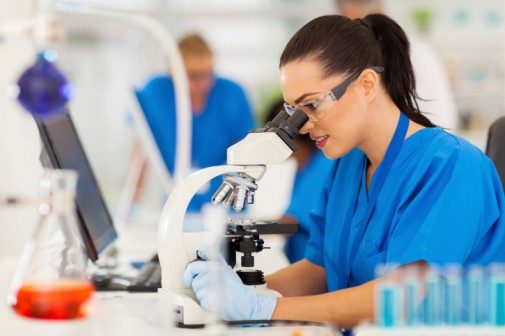 With nearly 52,380 new leukemia cases with 24,090 deaths each year, and accounting for 30 percent of childhood cancer cases, according to the National Cancer Institute, new research provides a glimmer of hope.

A new clinical drug trial for leukemia has proven early positive results in targeting essential cancer cells. The drug focuses on the mitochondrial function, where healthy cells use it as a source of energy to carry out essential functions.

Phase I of the study was published in the latest Clinical Cancer Research where Wake Forest Baptist Medical Center physicians reported their findings.

“This drug is selectively taken up by cancer cells and then shuts down the production of energy in the mitochondria,” said Timothy Pardee, M.D., Ph.D., director of leukemia translational research at Wake Forest Baptist and principal investigator of the trial, in a news release. “This is the first drug to inhibit mitochondria…and if it proves effective in further clinical trials, it will open up a whole new approach to fighting cancer.”

With leukemia, the cancer starts in blood-forming tissue, such as the bone marrow, and causes large numbers of abnormal producing blood cells to enter into the bloodstream. The uncharacteristic white blood cells that are now in the bloodstream can no longer protect the body against diseases and it can spread to affecting red blood cells and platelets. A person can be diagnosed with acute leukemia, which is rapidly developing, or chronic, which develops slowly.

In the first phase of the trial, 26 patients were given a new drug called, CPI-613, as a two-hour infusion on days one and four for three weeks every 28 days. Of the 21 patients who completed the trial, 29 percent saw a benefit from the drug, including one who achieved a complete remission that has lasted more than three years.

Another participant had a partial response that has lasted more than two years. These results suggest that agents targeting mitochondrial metabolism can be safely administered and have activity in blood-related cancers like leukemia, according to the research. A second phase is now underway at Wake Forest Baptist Medical Center.

Dr. Raptis, a nationally recognized stem cell transplant physician, says trials vary by size and scope. But once it gets out of the first phase that is an encouraging sign.

“When you get to Phase II or Phase III, you are really testing the effectiveness of the medication compared to the standard of care for the diseases,” he says.

← Domestic abuse victims don’t deserve blame
Are kids still getting too many antibiotics? →