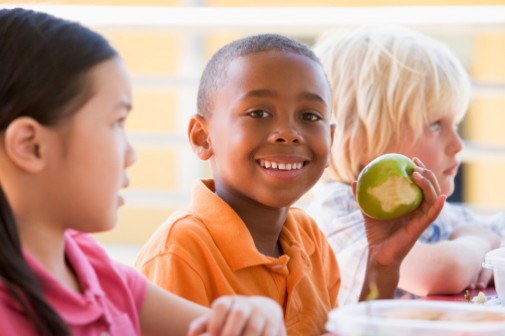 Schools across the country are getting healthier. A study from the Centers for Disease Control and Prevention (CDC), found that more schools have banned junk food sales, prohibit tobacco use on campus and mandate physical education and recess for elementary students.

Years of efforts to phase out junk food like candy and chips seem to have paid off. The percentage of school districts that prohibit such food in vending machines increased from 29.8 percent in 2006 to 43.4 percent in 2012, according to the study.

Another sign of progress: About 68 percent of U.S. school districts had policies in 2012 that prohibited all tobacco use during any school-related activity, compared to 46.7 percent in 2000.

In addition, the percentage of school districts that required elementary schools to teach physical education increased from 82.6 percent in 2000 to 93.6 percent in 2012. The study also found that the number of districts collaborating with local hospitals, YMCAs, Boys & Girls Clubs or local parks and recreation departments went up.

Dr. Bruce Hyman, internal medicine physician at Advocate Condell Medical Center in Libertyville, Ill., and president of a nearby elementary school district board, believes that schools can play a critical role in teaching healthy behaviors.

“As they teach math, science and reading, they can also teach the importance of healthy behavior – whether overtly or by example,” he says.

“We know that students who eat too much and exercise too little are at risk for a lifetime of poor health,” Hyman says. “It’s much easier to prevent unhealthy behaviors in children than reversing bad habits during adulthood.”

This is good news for students and parents, said Dr. Tom Frieden, director at the CDC, in a news release. “More students have access to healthy food, better physical fitness activities through initiatives such as ‘Let’s Move,’ and campuses that are completely tobacco free.”