Is abuse affecting your work? 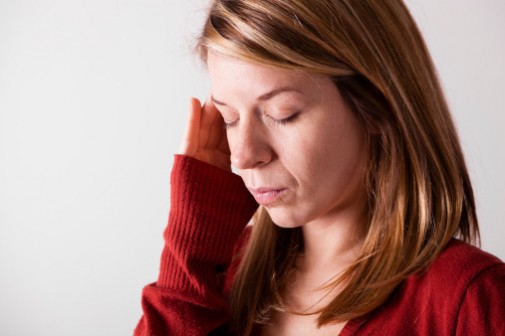 In October, you may see pink everywhere for breast cancer awareness, but during this month organizations across the nation are going purple to raise awareness about domestic violence.

According to the Domestic Violence Resource Center, one in four women will experience domestic violence in their lifetime. The Partnership Against Domestic Violence reports that every nine seconds a woman is abused in the U.S.

With these frightening statistics, it may not be a surprise that domestic violence in the home directly affects a victim’s workplace.

One survey from the Bureau of Labor Statistics found that domestic violence victims lose nearly 8 million days of paid work—equal to more than 32,000 full-time jobs—and almost 5.6 million household productivity days as a result of violence.

Another survey, according to the National Coalition Against Domestic Violence (NCADV), found that 37 percent of 7,000 women surveyed reported that domestic violence negatively affected their job performance.

“Domestic violence affects a person in all aspects of their life,” says Sarah Katula, APN, PhD, domestic violence specialist at Advocate Good Samaritan Hospital in Downers Grove, Ill. “In regards to the workplace, it affects the employee’s health and safety, productivity declines and employer health care costs go up.”

Katula says oftentimes perpetrators will try to keep the victim at home and prevent them from going to work with physical harm. “Many fear that their workplace will find out about their home situation,” she says. “They are ashamed and don’t say anything because they don’t want their job to be affected.”

Katula sheds light on a ray of hope for victims in their workplace.

“The workplace can actually be a safe haven for victims,” she says. “They can look up information, get support and even confide in their co-workers to find help.”

The Victims’ Economic Security and Safety Act (VESSA) provides protection for victims of domestic or sexual violence in 16 states, among them being Illinois. The act was put into legislation in 2009 and provides victims with up to 12 work weeks of unpaid leave in any 12-month period for medical needs, legal assistance, taking care of children, counseling and other issues.

“If a victim wants to get out of their situation, they need their job,” Katula says. “This law lets victims know that they can seek help and not face retribution for opening up to their workplace.”

For more information about safety planning, hotlines, shelters and other resources to help people in abusive relationships, click here.