Home / Behavioral health / Is your cup-o-Joe addiction in your genes?

Is your cup-o-Joe addiction in your genes? 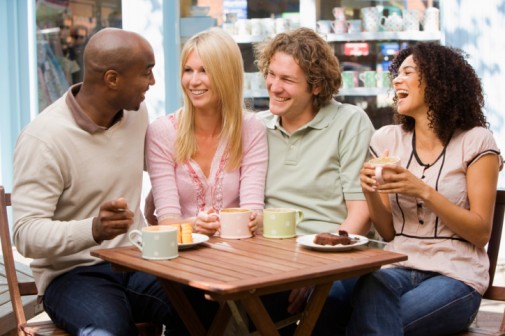 The urge for that morning cup of Joe may just run in your genes.

Coffee is one of the most widely consumed beverages and receives a lot of attention regarding health risks and benefits. Scientists have long known that DNA influences how much a person consumes, but new study suggests that some genetic variants may also be involved.

The genome-wide analysis of more than 120,000 coffee drinkers, led by the Harvard School of Public Health and Brigham and Women’s Hospital researchers, sheds light on why a certain amount of coffee has different effects on individuals’ health, and opens the door for genetic researchers to explore it.

During the analysis, participants described how much coffee they drink a day and allowed their DNA to be scanned as a part of the study. Researchers then looked for tiny differences in DNA that were associated with drinking more or less coffee.

“To say that this is purely based on coffee, there are a number of factors that are involved,” says Dr. Jawaad Khokhar, endocrinologist part of Advocate Medical Group and the staff at Elgin-based Advocate Sherman Hospital. “Some people have a higher tolerance, and once they start drinking coffee, they need more to get the same effect. If they switched to some other caffeine source, would it be the same?”

“They looked at single nucleotide polymorphisms, the most common type of genetic variations among people,” says Vivian Pan, genetic counselor at Advocate Health Care and the Cancer Care Center at Sherman Hospital. “It’s not that these genetic differences cause someone to drink more coffee, but that it’s associated with a higher likelihood that could happen.”

Researchers, which published their findings recently in the Journal of Molecular Psychiatry, identified eight genetic variants, two of which had already been linked to drinking coffee.

Four of the six new variants show genes involved with caffeine – how the body breaks it down or how it stimulates the body. The other two involve cholesterol levels and blood sugar.

“Whether these genes play a role is still really yet to be seen,” says Khokhar. “But, some people are more genetically predisposed to having a higher tolerance to caffeine than others.”

Experts agree that more research is needed to learn exactly how these genetic variants affect an individual’s response to coffee.

“In genetics, you generally are finding big associations,” Pan says. “Now, we are trying to find little associations like the ones identified in this study. It’s looking at the behavior and seeing if anything is different.”

← Chronic pain sufferers key in on certain words
Infographic: 5 ways to get your kids to do chores →