Are e-cigarettes the answer? 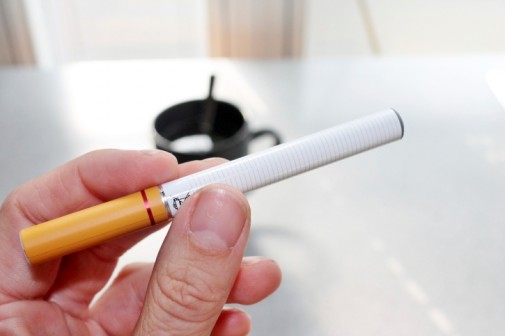 Electronic cigarettes are steadily rising in popularity as an aid to smoking cessation. But are they the right tool for cancer patients looking to quit?

A new study of cancer patients suggests that using the devices doesn’t help, and might actually reduce the chances of kicking the habit. The study was published in Cancer, a peer-reviewed journal of the American Cancer Society.

Jamie Ostroff, PhD, of the Memorial Sloan Kettering Cancer Center in New York City, and her colleagues studied 1,074 cancer patients who smoked and were enrolled in a tobacco treatment program at a comprehensive cancer center. When e-cigarette users started their cessation programs, they tended to be more nicotine dependent, and had more prior quit attempts, than those who didn’t use e-cigarettes. E-cigarette also were more likely to be diagnosed with lung or head and neck cancers, according to researchers. At follow-up, e-cigarette users were just as likely as non-users to be smoking. Seven day abstinence rates were 44.4 percent versus 43.1 percent for e-cigarette users and non-users.

“Consistent with recent observations of increased e-cigarette use in the general population, our findings illustrate that e-cigarette use among tobacco-dependent cancer patients has increased within the past two years,” said Dr. Ostroff, in a news release

She stressed that the study had several limitations, and additional studies are required.

“Controlled research is needed to evaluate the potential harms and benefits of e-cigarettes as a potential cessation approach for cancer patients. In the meantime, oncologists should advise all smokers to quit smoking traditional combustible cigarettes, encourage use of FDA-approved cessation medications, refer patients for smoking cessation counseling, and provide education about the potential risks and lack of known benefits of long-term e-cigarette use,” she said.

One thing is for sure, though: Quitting smoking is one of the best decisions you can make, according to Dr. Michael Cochran, an oncologist with Advocate Condell Medical Center in Libertyville, Ill. “And if you haven’t started, don’t.”

“In addition to causing lung cancer, smoking has been linked to a slew of other diseases,” Dr. Cochran adds. “Rheumatoid arthritis, vision loss, tuberculosis, impaired immune function, the list goes on and on.”

It’s never too late to quit, he said.