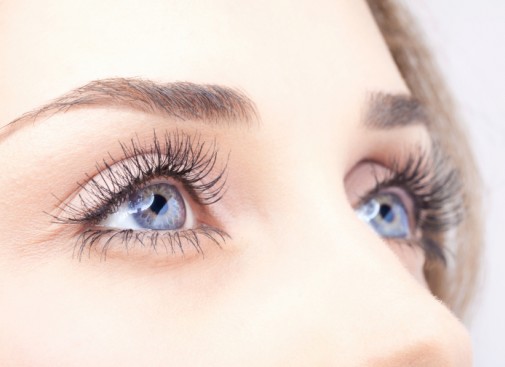 Historically, blindness has been a major fear for the American people, eliciting more worry than heart disease or even premature death.  But teams of researchers from both coasts are doing their best to allay that fear by working towards something that was once thought impossible: whole eye transplants.

A group of scientists dubbed the Audacious Restorative Goals in Ocular Sciences (ARGOS) Consortium has begun to explore the possibility of whole eye transplant in the wake of new research that has begun to suggest that the procedure may be possible in the near future.  This is in stark contrast to previously held thoughts that eye transplants were entirely impossible due to the complexity of the organ and its connection to the brain,

“Recent advances in our understanding of retinal ganglion cell survival and successes with optic nerve regeneration in experimental studies strengthen our hope that whole-eye transplantation is an audacious yet achievable goal,” Dr. Vijay Gorantla, an associate professor at the University of Pittsburgh said in a release.

According to Dr. Gorantla, the reason that very little progress has been made in successfully transplanting an eye is that the connection between the eye and the rest of the body is something much more complicated than that of a liver or heart.  Whereas most internal organs only need to be hooked up to the body’s blood supply to begin functioning, an eye would need to be connected to the brain and nervous system through ocular nerves, in addition to establishing blood flow.

“The chief problem is that when you switch out an eyeball you have to completely cut all connections between the optic nerve and the eye,” said Dr. Jeffrey Goldberg, director of research at the Shirley Eye Center at the University of California, San Diego said in an interview with HealthDay.  “So then you need to reconnect the donors eye’s nerve fibers back to the recipients brain in order to achieve vision restoration.  But … nerve fibers just do not regrow on their own.”

Dr. Gorantla’s optimism stems in part from experiments throughout the scientific community that have been able to grow cells in test animals, in some cases all the way from the eye back to the brain, resulting in a successful transplant between animal subjects.  These cells, specifically retinal ganglia cells, are the key to carrying information taken in by the receptors in the eye to be decoded and understood in the brain.

The new research was spurred on in part by a $1.25 million grant from the U.S. Department of Defense awarded to the University of Pittsburg.  The goal behind the government’s support is to one day give soldiers the opportunity to replace eyes damaged in combat.

While recent results are promising, ARGOS Consortium members are quick to point out that the reality of human eye transplants could still be years away.  Still though, they are hopeful – according to Dr. Gorantla, “The recent indications that such nerve generation is actually possible raises optimism that eye transplantation can really be viable.”