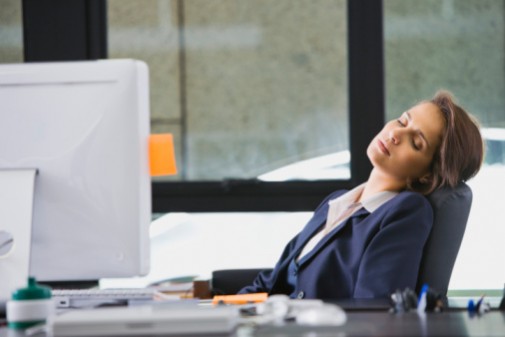 Feeling a little sluggish? Are you lacking that vim and vigor needed to get through a busy day?

Recent research suggests your lethargy might be linked to what type of food you eat—particularly your intake of fat.

Scientists at Penn State College of Medicine found that higher fat consumption was tied to daytime sleepiness. The results of the recent small study were presented at a meeting of the Associated Professional Sleep Societies LLC.

The study did have good news in that higher carbohydrate consumption was associated with increased alertness. Researchers said they found no connection between protein consumption and alertness or sleepiness.

Study participants included 31 healthy, non-obese people with normal sleeping patterns ranging in age from 18-65 years. The participants spent four nights in a row in a sleep lab and ate the meals provided by study leaders. Their energy and alertness levels were then analyzed.

The findings were independent of the subjects’ gender, age and body mass index as well as the total amount of sleep they were getting and their total caloric intake, researchers said.

Study leaders hope the results will raise awareness about daytime drowsiness and ways to improve alertness.

Drowsiness, especially for drivers, poses a particular danger. The Centers for Disease Control and Prevention says that 2.5 percent of fatal crashes and 2 percent of injury crashes involve drowsy driving.

“Excessive daytime sleepiness and fatigue are very prevalent in the modern world and on the rise,” said Vgontzas. “It appears that a diet high in fat decreases alertness acutely, and this may have an impact on an individual’s ability to function and also public safety.”

← Infographic: Snapshot of diabetes in the U.S.
7 tips for heating your home safely this winter →