5 myths about the flu 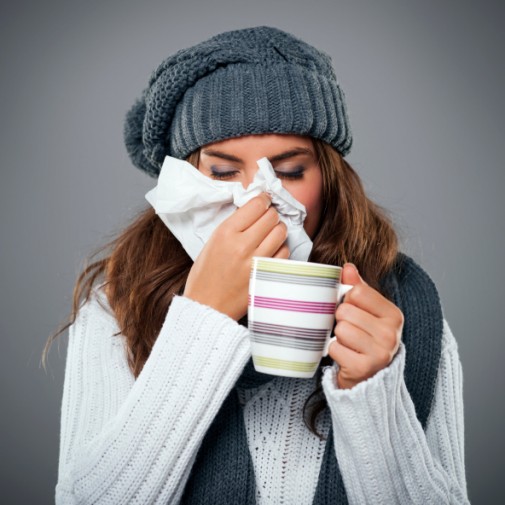 Flu season is here and can last as long as into the spring. With symptoms that could knock you out for nearly two weeks and could possibly cause hospitalization, one would think getting the vaccine would be a simple solution. However many don’t vaccinate and depending on the severity of the flu season, between 3,000 and 49,000 people die from the flu each year, according to the Centers for Disease Control and Prevention.

With those eye opening statistics, why are there still so many myths about the flu? Dr. Sivakami Thayu, an internist at Advocate Good Shepherd Hospital in Barrington, Ill., shares the truth and what you can do to reduce your risk of getting the flu.

The flu shot makes you sick
Dr. Thayu explains that the injectable flu vaccine doesn’t actually contain any part of a living flu virus, and a dead virus can’t make you sick.

“This myth is still around because you might feel as if you’re getting sick after receiving the flu vaccine. The reason you might feel tired or achy after the flu shot is because your body is busy making antibodies against the flu,” she says. “It takes about two weeks for your body to form these antibodies and fully protect yourself. You might get sick after the flu shot but that is not because of the vaccine itself, it’s just an unfortunate coincidence.”

Young, healthy people don’t get the flu
“Even if you’re not in a high-risk group (the very young, the elderly, and people with underlying illnesses), getting the flu shot can stop the spread of influenza to those vulnerable populations,” Dr. Thayu says. “The more of us who get vaccinated, the less of the flu virus is being passed around in our community. I recommend my patients receive the flu vaccine because the last thing they want to do is bring it home to their spouse, children, or their elderly parents. By getting the flu vaccine, you protect yourself and you also protect your friends and family.”

Don’t get a flu shot if you are pregnant
“Actually, the flu shot is really important for pregnant women since antibodies from the mother can help protect the baby for the first few months of life. This is so important because this is when infants are very vulnerable to flu and are not old enough to get the flu shot yet,” Dr. Thayu says. “Pregnancy increases your chance of having a more severe case of the flu, which can affect your pregnancy. High fevers and severe infections can lead to serious pregnancy complications and even premature labor. The flu shot is safe for pregnant women and has been given to millions of pregnant women over the years.”

Just wash your hands
Washing your hands is a great strategy overall to prevent getting sick, she says.  However, influenza is passed through the air when a contagious person coughs or sneezes. The flu can also be shared by touching a contaminated surface (the flu virus can live up to eight hours on surfaces). “Definitely wash your hands regularly with soap and water and avoid touching your eyes, nose, or mouth,” Dr. Thayu says. “This will decrease your risk of getting sick but above all, the best prevention is to get vaccinated. You can’t control the accidental cough or sneeze that comes in your direction.”

If you get the flu, the shot failed
“If you do get the flu after getting the flu shot, you unfortunately got a strain of the flu that wasn’t covered in this year’s vaccine,” Dr. Thayu says. “Every year, scientists predict the strains of influenza which make up the annual flu shot. If you do get sick, the flu shot will give you some protection and your symptoms will most likely be less severe.”

Video: Importance of the flu vaccine