Home / Pregnancy / Pregnant? Get the facts on carpal tunnel

Pregnant? Get the facts on carpal tunnel 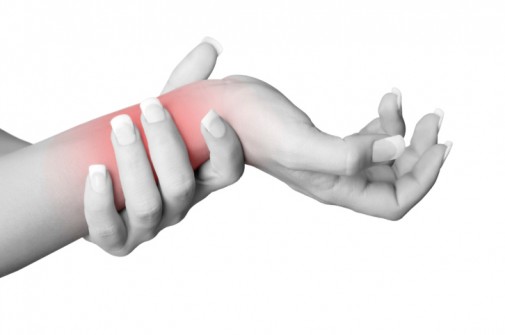 Pregnancy can bring the excitement of expectant motherhood, but also a host of health issues: hemorrhoids, bloating, itchy skin, nosebleeds and — carpal tunnel syndrome.  Numbness, tingling, pain, or a dull ache in the fingers, hand, or wrist are common symptoms of carpal tunnel syndrome that occur during pregnancy.

“We see carpal tunnel syndrome a lot in pregnant women because of changes in estrogen levels,” says Dr. Joanne Labriola, an orthopedic surgeon who treats patients at Advocate Good Samaritan Hospital in Downers Grove, Ill. “It also happens during menopause for the same reason.”

For pregnant women, symptoms usually go away gradually after delivery, but short-term relief is available. Non-surgical options that should be discussed with your physician include:

Pregnant women aren’t the only people susceptible to carpal tunnel syndrome. It’s prevalent among older adults because as we age, the carpal tunnel gets smaller and less flexible. It’s also common among people with diabetes and thyroid problems, Dr. Labriola says, but medical management of these diseases can reduce symptoms.

“It can happen to pretty much anyone,” Dr. Labriola says. “Everybody gets it for different reasons.”

Carpal tunnel syndrome is a progressive condition, which means it can result in pain and hand weakness if it goes untreated for a long period of time. If nonsurgical treatments after birth don’t provide long-term pain relief, surgery is the next option.

An orthopedic surgeon cuts the tight ligament above the median nerve, thus releasing pressure. Endoscopic surgery available today uses a small camera to guide the surgeon instead of a more invasive procedure. This means smaller incisions and quicker recovery than open surgery.