Home / Trauma care / Is your designated driver too drunk to drive?

Is your designated driver too drunk to drive? 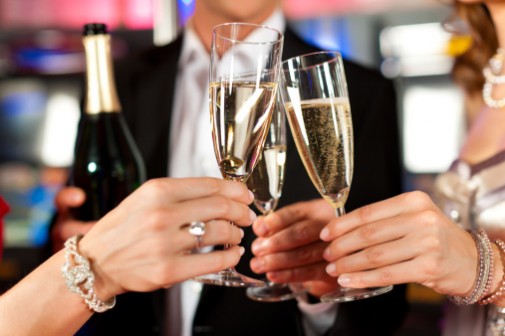 If you think your designated driver will get you home safely, you may want to think again. And with the holiday season in full gear, experts say think twice about who is driving home from the party.

According to recent research, nearly 35 percent of designated drivers studied were found to have blood alcohol levels at levels high enough to compromise their driving ability.

Researchers at the University of Florida (UF) gave breath tests to more than 1,000 bar and restaurant patrons in a college town. Half of the designated drivers who consumed alcohol had blood-alcohol levels higher than .05 percent—enough to impair their driving abilities, study leaders said. The legal limit in Illinois is .08.

The National Transportation Safety Board (NTSB) said that drivers with a blood-alcohol level of .05 experience a “decline in both cognitive and visual functions which significantly increases the risk of a serious crash.”

According to the NTSB, almost 10,000 people die in drunken driving related crashes every year in the United States and more than 173,000 are injured. In the last 30 years, nearly 440,000 people have died in alcohol-related crashes.

“Whoever is chosen to be the designated driver should be completely sober and totally abstain from consuming any alcohol, period,” Dr. Sikka says. “When it comes to getting behind the wheel, everyone should adopt a zero-tolerance rule for drinking.”

About one-third of drunken driving related arrests, crashes, deaths, and injuries – come from repeat offenders, according to Mothers Against Drunk Driving (MADD). More than 50 percent of all children who die in drunk driving crashes are killed while riding with the drunk driver, MADD says.

UF study leaders found that the choice of designated driver was often made at the last minute choosing the person “who is least drunk.” Researchers also noted that many of the study participants believed that “one or two drinks won’t impair” driving skills if that person was an “experienced drinker.”

“It’s common for people to underestimate their level of intoxication and overestimate their ability to drive under the influence,” he says. “With people’s lives at stake, nothing less than complete sobriety is acceptable when it comes to driving.”