Fatal bicycle crashes on the rise 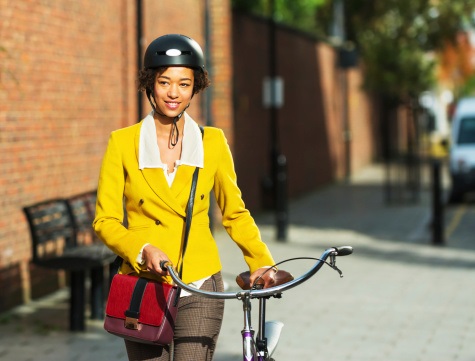 Deciding to ride your bike to work is a commendable New Year’s resolution, but be sure to take appropriate safety precautions: a new study shows that the number of bicyclist fatalities among U.S. adults is increasing.

The study, conducted by the Governors Highway Safety Association (GHSA), shows that the number of bicyclists killed annually increased 16 percent from 2010 to 2012.  The research showed that more than half of the total fatalities occurred in only six states: Illinois, California, New York, Florida, Michigan and Texas.

“These are high population states with many urban centers and likely reflect a high level of bicycle exposure and interaction with motor vehicles,” says Allan Williams, the report’s author and former chief scientist at the Insurance Institute for Highway Safety.

The findings suggest that part of the reason for the increase is the growing number of people bicycling to and from work.  According to U.S. Census data, close to 300,000 more people biked to work from 2008 to 2012 than in 2000.  This is also reflected in the average age of the victims – while just 21 percent of bicycling fatalities in 1975 were adults, that number jumped to 84 percent in 2012.

More bike lanes and adjusted traffic patterns are some of the ways cities are dealing with the growth in the number of bicyclists, according to the study.  But the research also indicates that many of the deaths could have been prevented by the bicyclists themselves.

“These statistics point out that too many people may say ‘We’re riding for health’ but in fact are not ‘riding healthy,’” says Dr. Allan Griffith, a family and emergency medicine physician with Advocate Medical Group – Immediate Care in Normal, Ill. “So many more adults bicycle now than ever, both recreationally and as a work commute, but many are not following simple bicycle rules of the road.”

Dr. Griffith, an avid cyclist himself, points out that many bicyclists are not using sufficient defensive measures to make themselves visible.  “Cyclists must have high visibility – bright clothing, reflective gear, and bright lights on the front, back and sides when biking in twilight or when it’s dark or foggy,” he says.

Williams and his researchers also found that two-thirds of the cyclists killed were not wearing a helmet, and 30 percent had blood alcohol content above the legal driving limit.

“We should not have to be reminded to always bike with a well-fitted helmet on — and that using alcohol or drugs is even more dangerous when bicycling than when driving a car,” says Dr. Griffith.