4 steps to stop a nosebleed 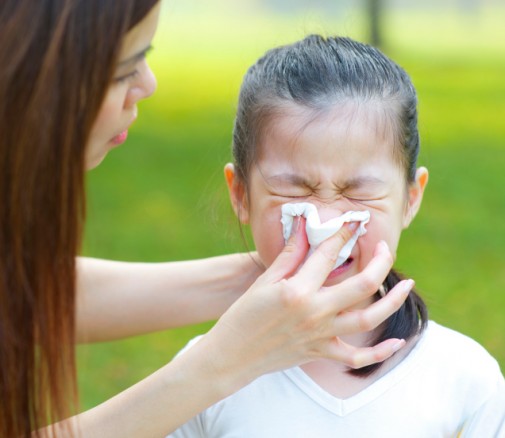 Winter may be known as cold and flu season, but it is also nosebleed season. While treating the cold or the flu may require rest, cough medicine and plenty of Vitamin C, these remedies will be of little help when your child is experiencing a bloody nose.

Dr. Heidi Swanson, a pediatrician at Advocate Good Samaritan Hospital in Downers Grove, Ill., explains what to do when your child comes to you with a bloody nose:

Treating a nosebleed is fairly simple but preventing the episode from occurring may also be possible. While some have blood vessels in their noses that are more prone to bleeding, and others have bleeding disorders that make bloody noses more common, for most people, prevention can be attainable.

Many young kids who pick their noses frequently have bloody noses, says Dr. Swanson. If parents can work with their children to stop this habit, nosebleeds should become less common.

It is also important to keep the blood vessels inside the nose moist. One way to do this is to rub Neosporin or Vaseline inside the nose, according to Dr. Swanson.

“For my patients who come in experiencing frequent nosebleeds, I recommend that the parents purchase a humidifier for their bedroom,” says Dr. Swanson. “A humidifier keeps the air moist and helps keep the blood vessels from getting dry.”

For most kids, following these simple tips allows them to focus on winter fun and snow with fewer bloody nose issues.

← Consider skipping your daily shower
Should you be worried about preeclampsia? →