Home / Behavioral health / It takes two to be healthy

It takes two to be healthy 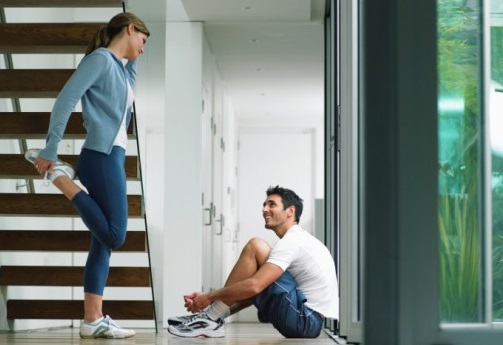 Feel like you’re slipping on your New Year’s resolution already? Enlist your partner to get back on track, says a new study.

University College London researchers looked at the lifestyle habits of over 3,700 couples over age 50 who were part of the English Longitudinal Study on Ageing. They found that when couples worked together to give up smoking, start exercising or to lose weight, success rates were higher than when one half of the couple had to go it alone.

Study leaders looked at couples in which at least one person was a smoker, overweight or physically inactive. Smokers were between 48 and 50 percent successful in quitting when their partner tried to also, compared with 8 percent when the partner didn’t.  About two-thirds those embarking on a new fitness regimen stuck with it when joined by their partner, compared to about a quarter who exercised solo.

The study was published Monday in the journal JAMA Internal Medicine.

Researchers didn’t delve into the reasons behind their findings, but the study’s senior author, Jane Wardle, speculated that social support was a key factor.

“Maybe there might also be an element of competition,” Wardle said in news release.

“If you’re adopting healthy habits to support your partner, you’re doing yourself a favor as well,” she said.

← Why texting is harming your back
Is your workplace making you gain weight? →