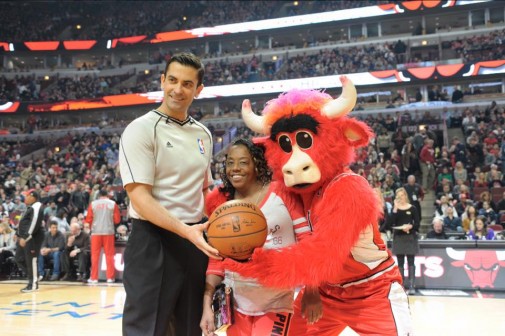 At 34-years-old, Nicole Brown received a life-changing call in the early hours of February. 2, 2013.  A member of Advocate Christ Medical Center’s transplant team was on the other line. The hospital had a new heart for her. That was a call Brown used to worry might never come.

“I was in complete shock when I was first told that I needed a new heart in my thirties,” said Brown. “I had a million thoughts running through my head, wondering when, and if, I would receive a call that a new heart was ready for me.”

Brown had been an active young woman when, out of nowhere, she began losing weight and feeling tired. At first, she attributed her weight loss and exhaustion to busyness at work and a move to a new home; but, when Brown’s grandmother noticed her breathing didn’t sound right, she decided to visit an urgent care center for an EKG. From urgent care, she was rushed to the hospital where she was later was diagnosed with endocarditis.

“Endocarditis is an infection of the heart,” says Dr. Geetha Bhat, medical director of the center for heart transplant and assist devices at Advocate Christ Medical Center in Oak Lawn, Ill.

Brown was told that her heart was too weak to recover from the damage done by the infection and that she would have to go on the heart transplant list. She underwent multiple surgeries to clear the infection in her body before doctors implanted her with a biventricular assist device (BiVad).

“We implanted BiVADs into Nicole as a bridge to heart transplantation to support the pumping function of both the right and left ventricles,” says Dr. Bhat.

During this challenging time, Brown said hundreds of people including her family, neighborhood and church were praying for her.

Nicole was only on the BiVad for a few months before she received the call that they had found a heart for her.

“I still look back on my journey. Everything I went through to get me where I am today just amazes me,” Brown says. “I had to be broken down and then built back up.”

Approaching the two-year anniversary of her heart transplant, or, as Brown calls it, her, “second birthday,” she has a new outlook on life and no longer takes her health for granted. She also recently celebrated her upcoming “second birthday” by walking onto center court at the Chicago Bulls game on Saturday, Jan. 17, where she presented the game ball to referees.