Home / Parenting / Vaccinations do not cause autism

Vaccinations do not cause autism 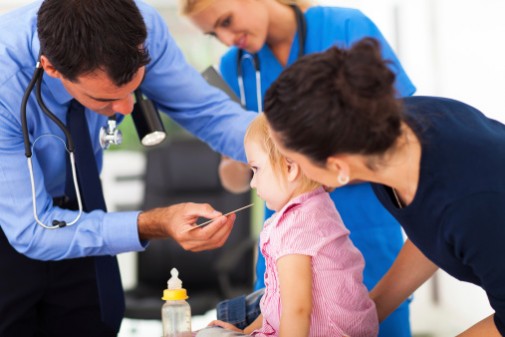 In response to a recent health enews article on a study showing a link between genetics and autism spectrum disorders (ASDs), some readers commented on a further link between the condition and childhood vaccinations.

It’s unfortunate that fraudulent research by Andrew Wakefield continues to fuel the erroneous belief that there is a link between vaccinations and ASD. This research, which has been discredited, was first published in 1998. However, repeated studies have failed to find any such link—even in attempts to replicate Wakefield’s research.

ASD is a complex neurological disorder, with symptoms commonly noticed around 18 months of age—around the time of some vaccinations. However, research has shown that the rate of ASD remains the same with or without the vaccinations. The correlation between timing of ASD diagnosis and of vaccinations does not prove causation.

Research does show, however, that genetics and other environmental factors are involved in ASD. It is a very complex disorder and spans the genome with multiple small errors, which, together result in ASD. No one gene is the cause.

The dramatic increase reporting of the condition does not mean there is an equally dramatic increased rate. There are a number of factors contributing to the increased reporting, including such things as a change in the criteria and awareness of the condition. Awareness is a huge factor, due to the increase in children referred for evaluation who may previously have gone undiagnosed.

Vaccinations are an extremely important tool in maintaining the health of children. Illnesses such as mumps, measles, diphtheria and rubella can pose very serious life-long health risks. Such preventable diseases can result in motor and speech delays, intellectual disability, coma and even death. Since the false information began hitting the mainstream, the resulting decrease in childhood vaccinations has caused a significant rise in very serious illnesses that could have been prevented.

I’ve been treating children with disabilities and ASD for more than 20 years and have extensively reviewed the research. I would never recommend something I felt was dangerous or would cause ASD. Vaccinations are a necessary component of good health care. It’s important to acknowledge that there is no link between vaccinations and ASD. For more information, please check the Center for Disease Control and Prevention website.

And get your children vaccinated!