Home / Behavioral health / Teens are victims of dating violence, too

Teens are victims of dating violence, too 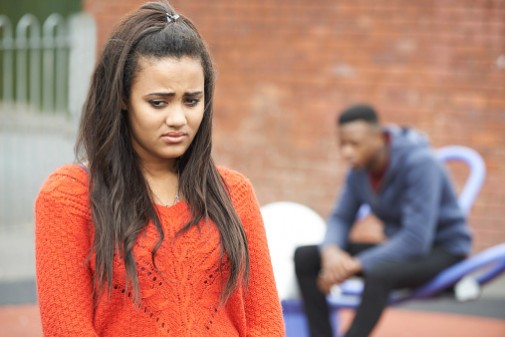 While high school relationships are often viewed as innocent “young love,” this isn’t always the case.

According to one report from the Centers for Disease Control and Prevention, nearly one in five high school girls and one in ten high school boys who were in a relationship were a victims of teen dating violence (TDV).

Teen dating violence is defined as physical, sexual psychological or emotional violence within a dating relationship, including stalking.

“As a result, the field has new national prevalence estimates of TDV for high school students who experienced physical or sexual TDV or both. We further demonstrated that those who experience different forms of TDV are at risk for multiple other health-risk behaviors,” said study authors in a news release.

So what can we do to help teens who are in violent relationships?

Parents: Watch for abusive relationships. Look for signs of their daughter’s boyfriend being controlling and ask these questions:

Friends: Can offer support but they should understand that they can’t tell her what to do instead they should share their concerns.  Both male friends and female friends can also make statements including “That’s not cool” or “That’s no way to treat a girlfriend” if they see him acting in an abusive manner.

“Just like adults, we can’t tell teens to get out of the relationship, but we have to help them listen to their own thoughts and concerns and help them to make good decisions for themselves,” says Katula. “Leaving any abusive relationship is dangerous for both adults and teens and needs to be done with great, care, planning and support.  Seeing an anti-domestic violence counselor or a therapist trained in domestic violence would be very helpful.”