Home / Parenting / When your child gets a migraine

When your child gets a migraine 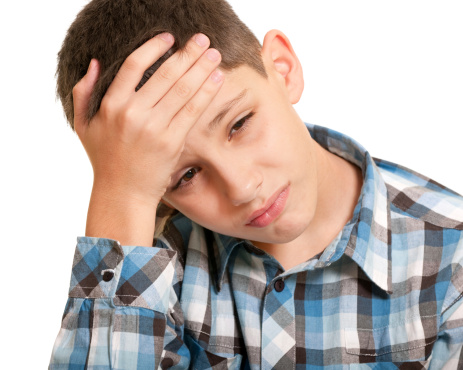 Headaches are annoying, but migraines can be debilitating. The ailment is often thought of as an adult health problem, but elementary school-aged children can also get migraines.

About 10 percent of children experience a migraine by the time they turn 17. Eight percent of boys and 23 percent of girls have experienced a migraine in their life, according to the Migraine Research Foundation.

The organization defines a migraine as a neurological disease with head pain and associated symptoms, such as nausea, vomiting, dizziness, sensitivity to touch, sound, light and odors, abdominal pain and mood changes.

“You have to be more careful with children because you don’t want them to start on the cycle of simply taking medication,” says Dr. Shahida Ahmad, a neurologist at Advocate Trinity Hospital in Chicago. “I know some adults who just give their kids the same medication they are taking because they don’t want to see them in pain. But what parents need to do is make sure they are seeing a neurologist as soon as they start reporting problems.”

A child’s behavior, such as loss of appetite or mood swings could be warning signs. Dr. Ahmad suggests keeping a migraine diary so you can better track the frequency and duration of the headaches.

Dr. Ahmad also suggests to monitor what foods or beverages were eaten right before symptoms began and to watch for caffeine use, as it could be part of the problem.

For some children, medication may become necessary to mitigate migraines; however living a healthy lifestyle including getting good sleep can also help, she says.

← Teens are victims of dating violence, too
How the time change can affect your heart →