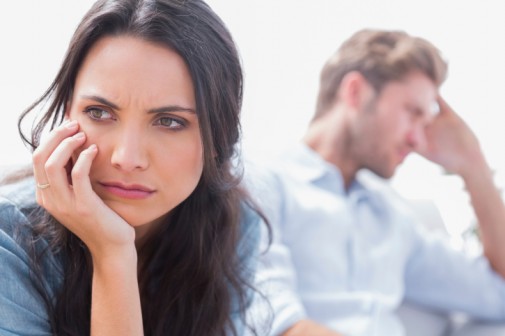 Are men or women more likely to divorce a sick spouse? According to a study at Iowa State University, there is a six percent higher probability of divorce for couples in which wives got sick compared to marriages in which wives remained healthy. However, a husband’s illness did not increase the risk for divorce.

The study analyzed the divorce rate for couples in which either spouse was diagnosed with a serious illness. Of the 2,701 marriages included in the study, 32 percent ended in divorce, compared to 24 percent due to widowhood. The marriage data covered a nearly 20-year timeframe and one spouse had to be at least 51 years old at the beginning of that period.

“The data does not explain why, but there are many reasons why illness can add stress to a marriage,” said Amelia Karraker, lead author of the study in a press release. “I think the research shows the potential vulnerabilities for people in society who are sick. There is an elevated risk for depression with illness and now they are also at risk for divorce.”

Some physicians say that given the right relationship, marriages can survive in the face of serious health challenges. Being open is key.

“While it is true that the illness of one of the partners in a marriage can place significant stress on the relationship, it has been apparent in my clinical practice that those relationships in which there is free and open communication prior to the onset of illness fare better in trying times,” says Dr. Jeffrey Farbman, a neurologist at Advocate Good Shepherd Hospital in Barrington, Ill., based on his experience.

← Smoke-free laws are saving lives
When you eat matters →