Home / Fitness & Wellness / Can excessive running be harmful on your body?

Can excessive running be harmful on your body? 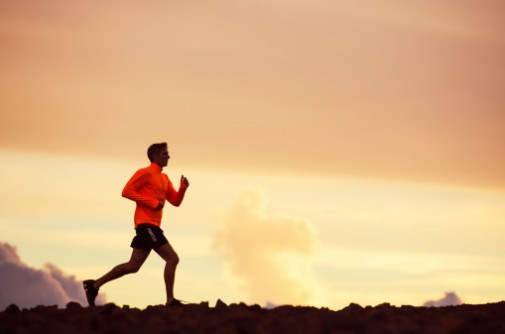 And, if you’re a self-professed “obsessive runner,” like Dr. Charles Crotteau, you also know the risks—muscle damage, heart damage and excessive wear to your knees and hips. Now, a new study says running in excess may actually shorten your overall lifespan.

According to the study presented at the annual meeting of the American College of Cardiology in Washington, D.C., last year, high-mileage runners are just as at risk of shortening their lifespan as those who get no exercise. Though the researchers say they didn’t find any reasons to explain the findings, as yet.

The researchers used information from more than 3,800 runners, male and female, with an average age of 46, through the online Masters Running Study. The participants, approximately 70 percent of whom reported running more than 20 miles a week, supplied a variety of information, including their use of common pain killers and known heart risk factors, such as high cholesterol, high blood pressure and family history of heart disease. None of this; however, explained the finding that high-mileage runners had shorter life expectancies.

“I would never tell anyone not to run,” says Dr. Crotteau, a family medicine physician at Advocate Illinois Masonic Medical Center in Chicago. “You just need to be aware of how the stress of the exercise is affecting your body. It comes down to not taking anything to excess.”

Dr. Crotteau says there also has been recent study on how high-mileage running “remodels” your heart, producing physical changes that could aid or harm its function. However, he says the benefits far outweigh the risks, as far as he’s concerned.

“I’m an avid runner,” he says, admitting that he’s run in about 25 marathons himself— last year he completed the Boston Marathon. “In the end, if you’re running an hour a day and taking care of yourself, there’s no reason to panic.”

He suggests that runners might want to look into other forms of exercise, if they’re concerned with the risk, such as biking, swimming or even walking.

“I’d suggest a triathlon, to diversify your training,” he says. “Mix it up—bike, jog, swim—but get your cardio training. Don’t let this be an excuse not to get your exercise.

“I think, at the end of the day, I’m keeping my self healthy. The joy I take from the activity counteracts any possible negatives. If I wasn’t running, I wouldn’t be as happy as I am.”