Home / Man Up / Why early detection for prostate cancer is critical

Why early detection for prostate cancer is critical 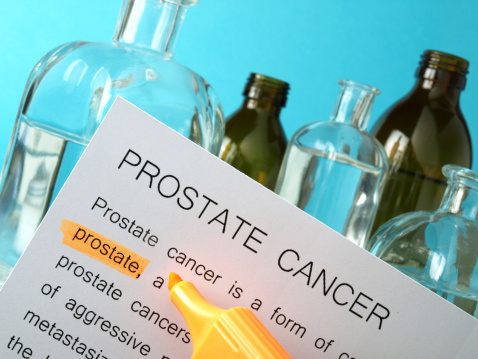 Early detection saves lives when it comes to prostate cancer, according to a recent study.

Researchers gathered 945 prostate cancer patients – 708 were diagnosed in the early stages and had low risk for death, while 237 were detected in the latter stages and considered higher risk. Through active surveillance, the data showed there was a distinct difference in outcomes depending on when the patient had their first diagnosis.

“People just don’t understand how important it is to get your yearly check-up,” says Dr. Nelcar Gadrinab, a urologist at Advocate Trinity Hospital in Chicago. “We recommend people start at age 50 and get their prostate checked through age 72.”

The study, which took place between 1995 and 2013, was represented at the recent Genitourinary Cancers Symposium. Patients who were on active surveillance underwent physical examinations, digital rectal examinations, PSA measurements, and repeat tumor biopsies.

Those who had even intermediate risk were four times more likely of dying from prostate cancer within 15 years, according to the study. Early detection can also help doctors discover any internal bleeding.

“There are so many reasons why people don’t get checked up,” Dr. Gadrinab says. “They could be scared, lazy or simply are unfamiliar with the need to get their prostate checked. Early detection is key because it we find cancer early, then there is something we can do about it.”

There will be about 220,800 new cases of prostate cancer and about 27,540 deaths from prostate cancer, according to the American Cancer Society. While researchers have not definitively detected what causes prostate cancer, smoking, age, family history and ethnicity are known factors.

About six in 10 cases of prostate cancer are found in men over the age of 65, according to the ACS.  Almost 69 percent of intermediate-risk patients lived 10 years after cancer diagnosis, and 50 percent lived 15 years out.

When it came to low-risk patients, 83.6 percent had a 10-year survival rates and almost 69 percent survived for 15 years.

← Infographic: Be wary of pesticides on fruits and veggies
Are hidden chemicals lurking in your microwave popcorn? →