Why morning is the best time of day for seniors 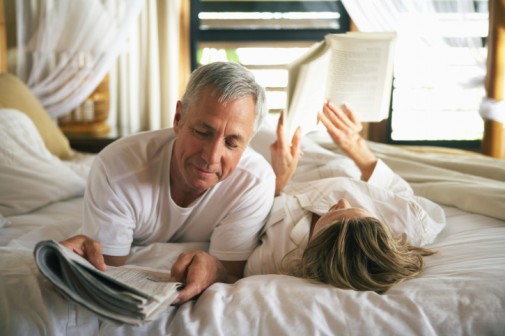 Seniors who aren’t morning people might want to rethink becoming early risers, according to a recent study.

Canadian researchers found that older adults who were given “demanding” cognitive tasks performed best in the morning, according to the study published online in Psychology and Aging. Study leaders said that brain functions among older people vary throughout the day.

“Time of day really does matter when testing older adults. This age group is more focused and better able to ignore distraction in the morning than in the afternoon,” said study author John Anderson, PhD candidate with the Rotman Research Institute at Baycrest Health Sciences and University of Toronto, Department of Psychology, in a news release.

Participants were asked to recall a sequence of word and picture combinations. During the tests, which included intentionally distracting words, their brains were scanned using MRI to see which parts of their brains were most active. The groups were then compared.

The older adults who were tested between 8:30 and 10:30 a.m. performed “noticeably better” during this time as compared to times later in the day.

“Their improved cognitive performance in the morning correlated with greater activation of the brain’s attentional control regions – the rostral prefrontal and superior parietal cortex – similar to that of younger adults,” Anderson said.

Researchers said their findings should be a wake-up call for older adults to schedule their most mentally challenging tasks early in the day. Those tasks might include taking a driver’s exam, preparing tax forms or even cooking an unfamiliar recipe.

“Our research is consistent with previous science reports showing that at a time of day that matches circadian arousal patterns, older adults are able to resist distraction,” study leaders suggest.

← Infographic: The ABCDE’s of skin cancer
Early music training could have long-term benefits →