Beer as a recovery drink? 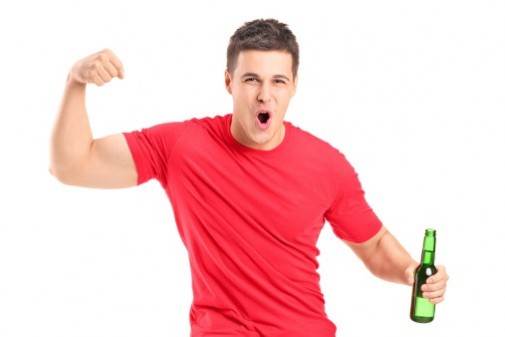 The Boston and Chicago marathons are two of the many races handing out beer to participants at the finish line.

Beer is also available along the course of some races in addition to water and sports drinks. For many runners, it’s a dream come true, but should they drink it?

“Drinking beer became interesting to the sports world in 2007 after a study at University of Granada concluded beer is a good, isotonic drink after physical activity,” says Dr. Marc Hilgers, a sports medicine physician with Advocate Dreyer Medical Clinic in Aurora, Ill.

Unfortunately, after many experiments were done to refute this, “People are still hanging on to this study,” Dr. Hilgers says.

Myth: Beer is a good deliverer of carbohydrates.
Fact: Beer contains carbohydrates that are required for the body’s recovery; however, it does not provide nearly enough. Instead, runners should celebrate their race with chocolate milk or Gatorade in order to meet their recovery needs.

Myth: Beer is a good tasting form of hydration.
Fact: Alcohol is a diuretic, or a substance that promotes urine production. Rather than replace fluid that was lost over the course of the race, the popular drink will actually dehydrate the body.

Besides the rewarding sip after a long run, beer doesn’t provide any additional benefits for athletes, and alcoholic beer can be detrimental to the body after physical activity.

So why do marathons continue to supply beer for its runners?

For amateur and seasoned runners alike, keeping hydration habits consistent between training runs and race day is important. The most important key to hydration is listening to your body.

Dr. Charles Crotteau, a family medicine physician at Advocate Illinois Masonic Medical Center in Chicago, offers two simple tests to know if a person is drinking the right amount of water during as run:

Jillian Kothanek, health enews contributor, is a public affairs and marketing intern at Advocate Health Care in Downers Grove. She attends the University of Illinois in Urbana-Champaign where she is studying advertising and pursuing a minor in business. Besides working as an intern, she works at an Italian restaurant where she enjoys the perk of her favorite Caprese salad. In her free time, she enjoys training for half marathons, watching romance movies, and keeping up-to-date on celebrity news.