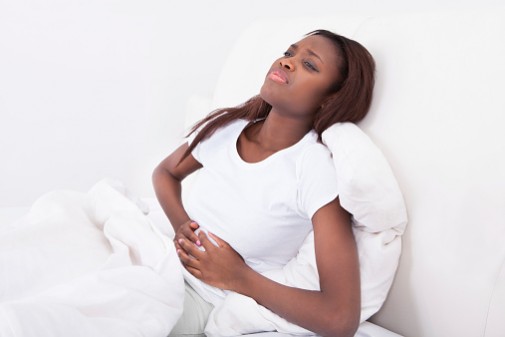 The stomach and intestine are a part of our gastrointestinal system, which supplies energy and nutrients to the rest of the body. When it’s not functioning properly, it can lead to discomfort and pain.

While there are a number of issues that may affect patients, Dr. Cynthia Henderson, a gastroenterologist at Advocate Trinity Hospital in Chicago, said these three issues are the most common.

Also known as acid reflux, gastroesophageal reflux disease occurs when the acid produced by the stomach moves up into the esophagus, causing heartburn.

Spicy or fatty foods, acidic foods and drinks, smoking, or taking certain medications for a long period of time can cause acid reflux. Those with acid reflux can have a variety of symptoms from heartburn to blood in the stool.  It could also lead to other health problems, including ulcers.

To prevent acid reflux, doctors recommend eating two to three hours before going to bed so food can properly digest while also staying away from foods that can trigger heartburn.

“It is often related to being overweight and having a poor diet that can result in problems with swallowing,” says Dr. Henderson. “Intestinal testing is needed in order to determine if there has been damage to the lining of the intestinal tract.”

According to the National Health Service, about one in five people experience acid reflux once a week with one in 10 people experiencing symptoms daily.  The condition affects both sexes equally, although males are more likely to develop complications.

Constipation is defined by having less than three bowel movements each week. It can cause abdominal pain, rectal bleeding, and discomfort after eating and can lead to acid reflux.

“Many people have constipation because they don’t get adequate amounts of fiber into their diet and they don’t eat enough fruits, vegetables and whole grain foods,” says Dr. Henderson. “Also eating a large amount of highly processed and refined foods can cause problems.”

Diverticulosis occurs when pouches form on the walls of the colon. This condition is harmless, but when these pouches become inflamed or start bleeding, a condition called diverticulitis occurs. If left untreated, an infection can develop with symptoms including diarrhea and stomach pain.

Dr. Henderson says that not getting enough fiber over the years and eating a large amount of processed food can contribute to the disorder.