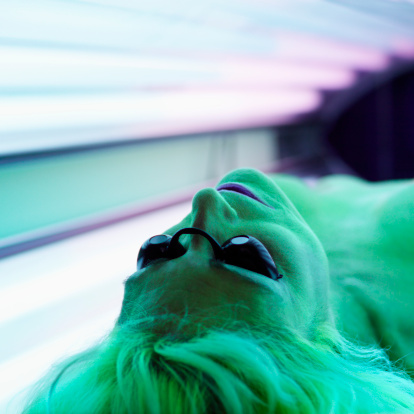 Tanning salons are less busy, and it’s not just because the summer sun is shining. Indoor tanning rates in the U.S. dropped from 5.5 percent in 2010 to 4.2 percent in 2013, according to a recent study.

While increased awareness of the risks of indoor tanning was likely the leading cause of the decrease, recent legislation may have also contributed to the decline in tanning indoors. Eleven states, including Illinois, have banned the use of tanning beds for all minors under age 18. Also, since the Affordable Care Act was passed in 2010 there has been an additional tax of 10 percent on indoor tanning.

Despite the increased awareness and the passage of legislation discouraging indoor tanning, almost 10 million Americans still engage in the practice, according to the study.

Dr. Rania Agha, a dermatologist who treats patients at Advocate Good Samaritan Hospital in Downers Grove, Ill., says the results of the study are encouraging, but that there is still plenty of work to be done to continue educating people about the risk of skin cancer that is caused by indoor tanning and ultraviolet (UV) radiation exposure.

There are two types of skin cancer: melanoma, which is very dangerous and can potentially be fatal, and non-melanoma, which includes basal and squamous cell carcinomas. Dr. Agha warns that one use of a tanning bed increases a person’s risk for squamous cell carcinoma by over 65 percent and for basal carcinoma by almost 30 percent. She also warns that each time you go to a tanning bed, your risk of developing melanoma increases by almost 60 percent.

“Tanning can become addictive, so I encourage my patients who frequently tan indoors to wean themselves off of tanning beds,” Dr. Agha says. “Spray tanning is a healthier alternative.”

← Think twice before opening that can of pop
Can a child’s sense of smell be a sign of autism? →