Home / Behavioral health / Even a missed call can be distracting

Even a missed call can be distracting 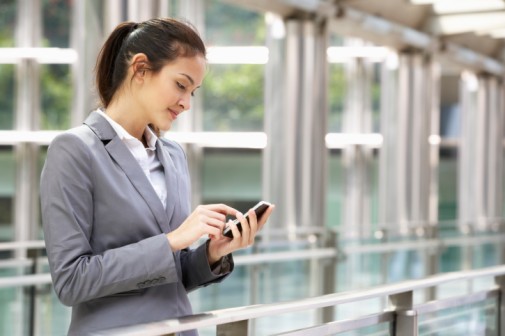 Cellphones have almost become a necessity in everyday life, giving people the power to search, browse, connect and navigate with a touch of a button. And with phones buzzing or ringing an average of 63.5 times a day, the impulse can be to immediately grab the phone to see who’s trying to reach us.

Merely receiving a notification on your cellphone can cause enough of a distraction to impair someone’s focus, according to a new study from Florida State University.

“Although these notifications are generally short in duration, they can prompt task-irrelevant thoughts, or mind-wandering, which has been shown to damage task performance,” said Cary Stothart, lead author in the study. “Cellular phone notifications alone significantly disrupt performance on an attention-demanding task, even when participants do not directly interact with a mobile device during the task.”

This is the first study of its kind to look at the ramifications of someone only being aware that they have a missed call or text, according to FSU research coordinators.

“Distracted driving is a serious issue, says Dr. Dipul Patadia, emergency medicine physician at Advocate Samaritan Hospital in Downers Grove, Ill. “All too often life-threatening accidents occur because drivers are multitasking rather than concentrating on the road and what they’re doing. They are not only putting themselves at risk, but everyone around them.”

For the study, researchers evaluated 212 students and asked that each participant provide their phone numbers, emails and other information. Each student was asked to complete a Sustained Attention to Response Task (SART), which measures someone’s ability to focus on one task without drifting off and thinking about something else.

In the first task, students were asked to press a key any time a number flashed on a computer screen, unless that number was “3.” Then, students were broken up in three groups, and participants received text messages, phone calls or nothing at all while they all completed the SART exam for a second time.

The level of accuracy was measured by counting the number of times participants incorrectly pressed a key for “3” after the directions clearly stated that participants were not supposed to press that key.

There was a 28-percent increase in errors when the group knew they received a phone call, according to research. The text message group also had a 28-percent increase in errors. But the group that received no notifications only had 7 percent of errors, which researchers believe happens regardless if the participants receive a notification or not because the participant is doing a tedious task over and over again.

Simply thinking about performing an action in the future is enough to disrupt performance on an unrelated task in the present, researchers found.

Although the study didn’t involve driving, researchers plan to follow up with another study to test cellphone notification distractions while participants are given a driving test on a simulator.

The National Highway Traffic Safety Administration estimates that drivers are distracted by secondary activities 30-percent of the time while driving, whether they’re eating, smoking, drinking, talking, or fiddling with any of the dozens of electronic gadgets in the car.

Researchers conclude that receiving a notification, but not responding is as distracting as actually answering the phone or replying to a text.

“Even a slight distraction can have severe, potentially life-threatening effects if that distraction occurs at the wrong time,” Stothart said. “When driving, it’s impossible to know when ‘the wrong time’ will occur. Our results suggest that it is safest for people to mute or turn off their phones and put them out of sight while driving.”