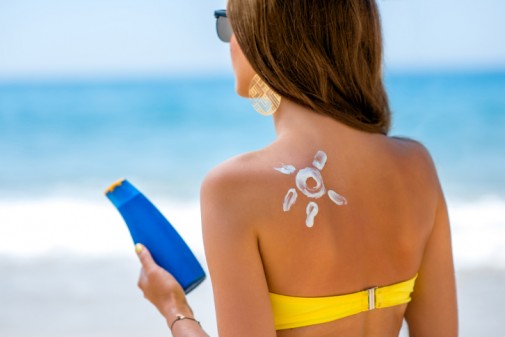 Dermatologists are concerned about a new trend known as “sunburn art,” which leaves individuals with burned skin now and may lead to health problems down the road.

Sunbathers are using sunscreen to either stencil or freehand designs onto their skin. They then lay out until their skin turns brown or red, leaving them with a temporary “tattoo.”

The practice is trending right now on social media using #sunburnart, but dermatologists have seen this type of imprinting before.

“I remember when people used to place stickers on their body before going into tanning booths,” says Dr. Amy Derick, a dermatologist on staff at Advocate Good Shepherd Hospital in Barrington, Ill. “What’s new is the degree in which someone is burning themselves just for fun.”

While the skin designs will eventually fade, the damage will not.

“If you do that to your skin, you run the risk of having long-term discoloration in that pattern and wrinkles that are difficult to reverse once the damage has been done,” says Dr. Derick.

She advises that people not engage in suburn art at all and to take all necessary precautions to prevent themselves from burning from the sun.

“Every time you burn your skin to create a pattern, you increase your risk of skin cancer. Studies have suggested that one blistering sunburn in childhood or adolescence more than doubles your chance for developing melanoma later in life. Also, your risk for melanoma doubles if you have had more than five sunburns at any age,” says Dr. Derick.

← Is shoulder surgery the best option for older athletes?
Constipation could lead to serious health problems →