Can social media lead to eating disorders in women? 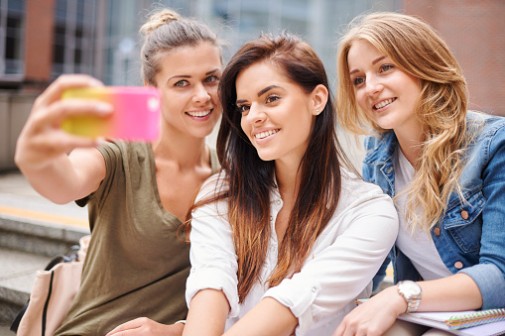 A recent study looked at Facebook use among college women in order to see how the social media site influenced body image.

“Often when women trap themselves into comparisons of those they admire in their social circles, they can make unrealistic conclusions about one’s life when what they are really seeing is a moment in time,” says Jeremy Clorfene, PhD, clinical psychologist at Advocate Condell Medical Center in Libertyville, Ill.

Researchers asked the women questions about their Facebook use, as well as if they were worried about their weight or used diet pills. They hypothesized that women who were “emotionally invested,” in the site would have a negative body image. Emotional investment was determined by the time they spent on Facebook, number of Facebook friends and incorporation of the site into their daily life.

“We really wanted to examine how each college woman used Facebook when posting pictures online. Is she thinking, ‘I’m posting this picture to share a fun moment with my friends’ or is she thinking ‘I want to post this picture to compare how my body looks to my friends’ bodies,’” said Stephanie Zerwas, PhD, senior author of the study and assistant professor of psychiatry at the University of North Carolina School of Medicine, in a news release.

Mental health experts agree that social media can have value when it comes to seeking support for healthy lifestyles, but it can also be counterproductive.

“I think that Facebook could be an amazing tool to nurture social support and connections with friends and families. And if you’re getting that kind of social support from the site, you might be less likely to be worried about your body size. But if you’re using it as a measuring stick to measure how your body appears in pictures compared to your friend’s body, Facebook could also be used a tool to foster dangerous dieting behavior,” Zerwas said.