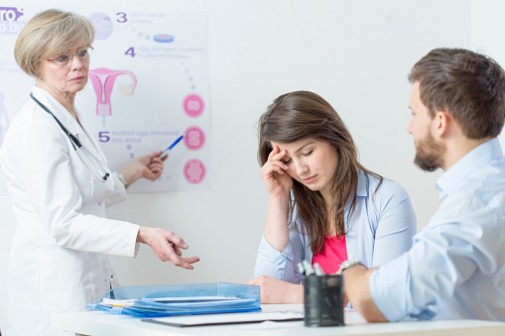 Cancer and its treatment can cause infertility in some patients. A new study suggests the need for increased awareness of fertility preservation options for younger cancer patients.

Data showed that more than 70 percent of male patients reported being told that treatment could affect their fertility, according to the study published recently in Cancer, a peer-reviewed journal of the American Cancer Society. However, males were more than 50 percent as likely as female patients to report that fertility preservation options were discussed.

“It’s very important that those cancer patients whose treatment or condition might affect fertility know their options,” says Dr. Azhar Awan, medical director of oncology-radiation at the Cancer Care Center at Advocate Sherman Hospital in Elgin, Ill. “When it is needed, we educate patients about their options no matter their situation.”

Researchers from the Seattle Children’s Hospital asked 459 adolescents and young adults who were diagnosed with cancer from 2007 and 2008 to complete questionnaires.

About 33 percent of males reported making fertility preservation arrangements, a rate almost five times higher than females, according to the study. Both reported an increase in discussions about the impact therapy could have on fertility and the preservation options.

Some of the patients Dr. Awan sees have testicular tumors that may have forced the removal of the testicle and/or require radiation treatment. He discusses with them the possibility of infertility and their preservation options and may also recommend fertility testing.

Dr. Awan also treats many breast cancer patients who have discussed fertility preservation options with their medical oncologists before reaching the Cancer Care Center. A majority of those patients have already received chemotherapy treatment.

The center is also creating a more formal process that would include providing educational materials to cancer patients at risk for infertility, in addition to discussing the options in person.

Other factors such as age, education and insurance status also could impact whether patients and their physicians have discussions and taken action to preserve fertility during cancer treatment, according to the study.

“Something has to be in place when a patient comes in for the first time,” Dr. Awan says. “Education is key.”