Sarcasm can increase your creativity 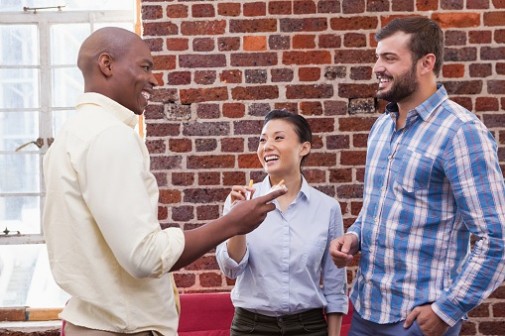 Sarcasm has been called “hostility disguised as humor” and is notorious for coming out of the mouths of smart alecks and mean girls. But, new research suggests using sarcasm could actually be beneficial.

A recent study found people who make or hear sarcastic comments may develop greater creativity than those who express sincere statements.

“To create or decode sarcasm, both the expressers and recipients of sarcasm need to overcome the contradiction [i.e., psychological distance] between the literal and actual meanings of the sarcastic expressions,” lead researcher Francesca Gino said in a news release. “This is a process that activates and is facilitated by abstraction, which in turn promotes creative thinking.”

The research used three different creativity measures – sarcastic, sincere or neutral – and then participants were monitored to see how they would respond.

“Those in the sarcasm conditions subsequently performed better on creativity tasks than those in the sincere conditions or the control condition,” said Adam Galinksy, another researcher on the study. “This suggests that sarcasm has the potential to catalyze creativity in everyone.”

According to the findings, expressing and understanding sarcastic comments forces the brain to switch to abstract thinking and enhance creativity. There is also evidence that sarcasm does not elevate conflict.

Study leaders said that more work needs to be done to better understand tone and content of specific kinds of sarcasm, but they hope it will transform how it’s used in the workplace.

“We hope our research will inspire organizations and communication coaches to take a renewed look at sarcasm,” said Gino. “Instead of discouraging workplace sarcasm completely as they have been doing, they could help educate individuals about the appropriate circumstances under which sarcasm can be used. By doing so, both the individuals involved in sarcastic conversations and the organizations they belong to would benefit creatively.”

Sarcasm, like laughter, can be helpful in changing the mood in a work environment.

“Laughter is infectious, and it’s an infection that makes the world a better place,” says Dr. Jeffrey Kreamer, internal medicine physician at Advocate Good Shepherd Hospital in Barrington, Ill.  “If a little laughter, when appropriate, can put a person who is in a difficult situation a little more at ease, an important part of our goal has been accomplished.”